Marco Rubio critical of some cuts in Trump's budget 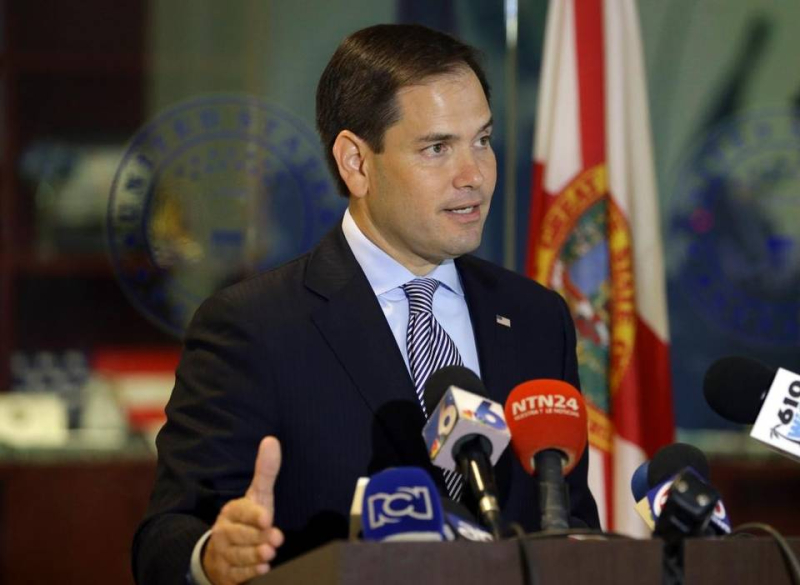 “The president’s budget reflects what his administration’s priorities are. I am very encouraged that this budget supports ideas like the Educational Opportunities Act I first introduced in 2013 with the goal of expanding school choice through tax credit incentives for scholarships to low-income students. It's a promising sign that we'll be able to work with the administration on school choice policies I care deeply about because of the positive impact they can have in providing hardworking families with better school options for their kids. I also welcome the president's desire to begin reversing the damaging impact of sequestration on our military's readiness, and believe he'll find strong support in Congress for this key part of his budget blueprint.

“While this budget blueprint offers insights into the president’s thinking about what’s important to his administration and the American people, it is Congress that will actually set the nation’s policy priorities and fund them. I will continue to review all the details of this budget proposal for areas of common interest we can work on together.

“However, I do not support the proposed 28 percent cut to our international affairs budget and diplomatic efforts led by the State Department. These programs are integral to our national security, and cuts at these levels undermine America’s ability to keep our citizens safe. In order to advance our national security interests, economic opportunity for our people and respect for human dignity everywhere, America’s leadership on the global stage is indispensable. I will be working to ensure Congress’ funding priorities allow America to play this role.”

“This plan doesn’t make any sense. You're going to cut some of our most important agencies such as the National Institutes of Health, which is working to find cures for cancer and Alzheimer's, the Environmental Protection Agency, which keeps our air and water clean, and the Army Corps of Engineers, which is working to restore the Everglades. I agree that we must do whatever is necessary to keep our country safe, but cutting all of these important programs to pay for things, such as a wall, just doesn’t make any sense.”