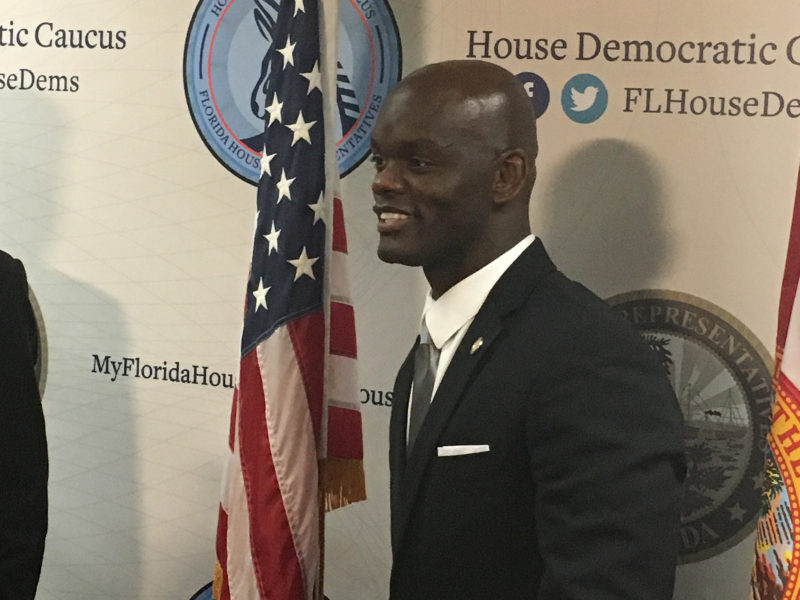 Democrats in the Florida House of Representatives narrowly picked McGhee, 39, to be their leader in 2018. McGhee beat out Fort Lauderdale Democrat Bobby DuBose. The final vote was 23-17. He would follow Rep. Janet Cruz, D-Tampa, who is the current Democratic Leader in the Florida House.

"I am humbled to even have this opportunity to stand before you," McGhee said moments before the Democrats cast their ballots in a conference room in Tallahassee. "I don't take this moment likely. For those of you who know my history, you know the road that I have lived to here wasn't easy."

McGhee recounted growing up in poverty in public housing with a single mother who would get up before dawn to pick beans for 75 cents a hamper in Homestead to put enough food on the table. He talked about struggling through school with a grade point average under 2.0 and being labeled "mentally retarded" by the schools. McGhee told his fellow Democrats that leaders "will always find his or her ingredients for success inside his or her own struggles."

McGhee, first elected to the Legislature in 2012, would rise to graduate from Howard University, become an attorney, write a best-selling book and now would be next in line to be Speaker of the Florida House if Democrats pulled off the improbably and picked up 20 seats in the 2018 election cycle.

It puts a pair of Miami-Dade politicians at the top of both parties heading into 2018. Rep. Jose Oliva, R-Miami Lakes, has already been chosen to be the Republican leader in 2018. He is scheduled become the Florida House Speaker if Republicans hold the majority in 2018.