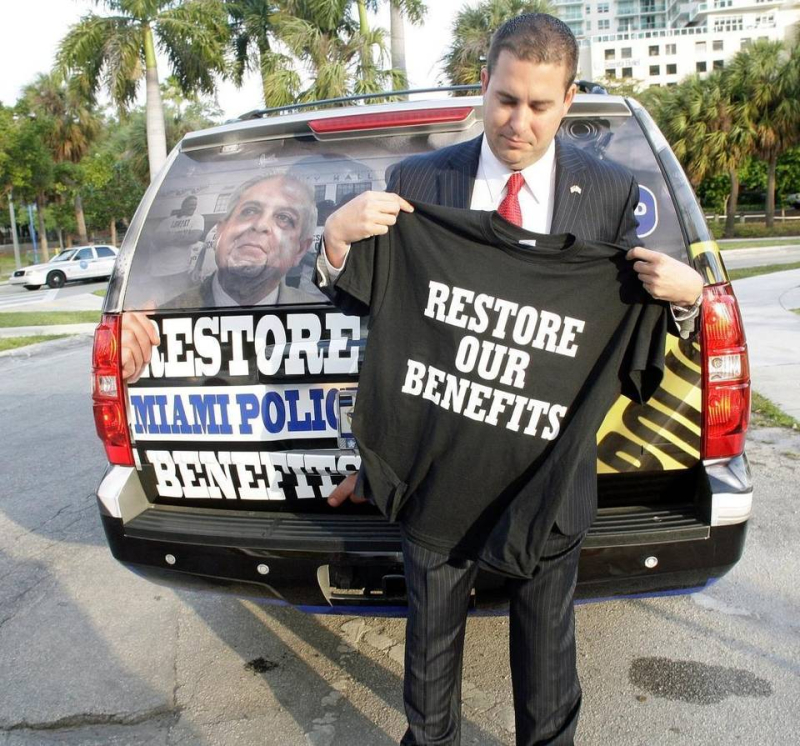 In a ruling that could have dramatic financial consequences, Florida’s high court sided Thursday with Miami police officers fighting to undo unilateral cuts to their salaries and pensions made years ago during a financial crisis.

The Florida Supreme Court, in a 4 to 1 decision, quashed a lower court ruling that upheld Miami’s 2010 declaration of financial urgency, a rarely-utilized state law that allowed administrators to force open union contracts and impose sweeping concessions on public employees. The controversial move capped pensions at $100,000, cut salaries by as much as 12 percent, and saved the city — at the time under a securities fraud investigation and teetering on bankruptcy — more than $100 million in labor expenses.

But it also sparked multiple legal challenges, including one by the city’s Fraternal Order of Police arguing that Miami officials failed to exhaust other viable options and skipped a key procedural step before unconstitutionally shredding contracts. The union lost cases before the Public Employees Relations Commission and First District Court of Appeal over the last seven years, but won Thursday at the highest level — raising questions about whether the city could be on the hook for millions in back-pay.