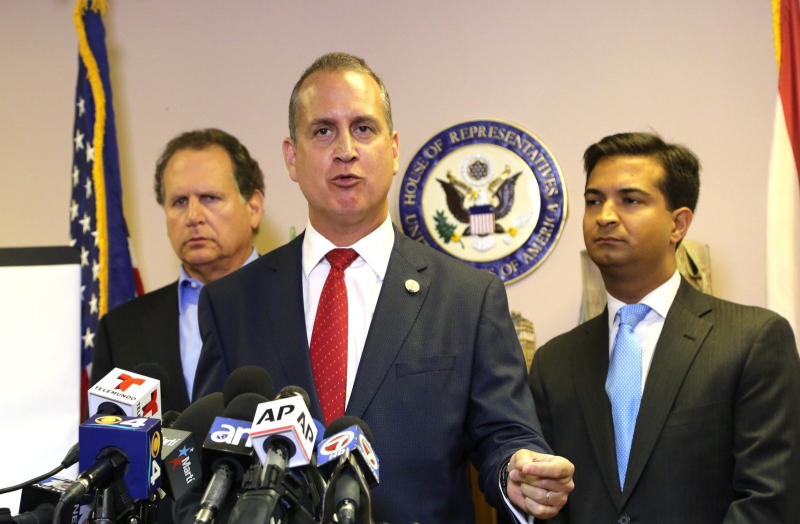 With a vote looming Thursday evening on House Republicans' healthcare bill, two of three Miami lawmakers whose districts have among the highest number of Affordable Care Act enrollees have yet to announce their support or opposition.

Reps. Carlos Curbelo and Mario Diaz-Balart have been undecided -- with Curbelo leaning "Yes" and Diaz-Balart leaning "No" -- since both voted for the American Health Care Act in different House committees.

Curbelo helped move the law out of the Ways and Means Committee before the nonpartisan Congressional Budget Office reported that 14 million Americans would drop or lose their insurance coverage in 2018 under the law; Diaz-Balart helped break a tie to pass the legislation out of the Budget Committee, despite saying he had concerns with it.

The White House has been wooing Diaz-Balart and other ambivalent Republicans all week. Curbelo was among the group of moderates who met Wednesday night with House Speaker Paul Ryan. They reached no broad agreement.

The third Miami Republican, Rep. Ileana Ros-Lehtinen, was the first Florida member of Congress to oppose the bill -- and she still does, she said Thursday.

"After studying the impact of this legislation on my constituents, I will vote no on this bill because it does not provide adequate solutions for the working poor, disabled, and elderly in South Florida," Ros-Lehtinen said in a statement. "Too many of my constituents will be left paying more for coverage and many will be left without coverage at all. The cuts and changes to Medicaid will make it more difficult to effectively care for uninsured patients as well as individuals with high costs of coverage due to special needs or chronic diseases. Additionally, costs for seniors will increase significantly as insurance companies will charge older Americans exorbitantly high premiums and fees which many cannot afford."

Later, Ros-Lehtinen said in an interview on WIOD-AM (510) that any of the proposed cuts to "essential" healthcare benefits to appease the most conservative members of the GOP caucus would amount to a "humongous concession."

"Oh my gosh -- why have insurance?" she told host Fernand Amandi, who is also a Democratic pollster.

Amandi asked if the White House had tried to entice Ros-Lehtinen to change her mind. She said she'd gotten overtures from "people who never even knew I existed."

"I did get invited to bowl at the White House. Yaaaay!" she said. "But I turned that down."

Oh and it wasn’t even a good offer, @PatriciaMazzei. Have you seen me bowl?! No gracias. https://t.co/NQUNUIHE3J

Spokeswomen for Curbelo and Diaz-Balart said Thursday morning the lawmakers are in negotiation meetings over the bill all day.

A national Quinnipiac University poll released Thursday showed 56 percent of respondents oppose the AHCA, and only 17 percent support it.