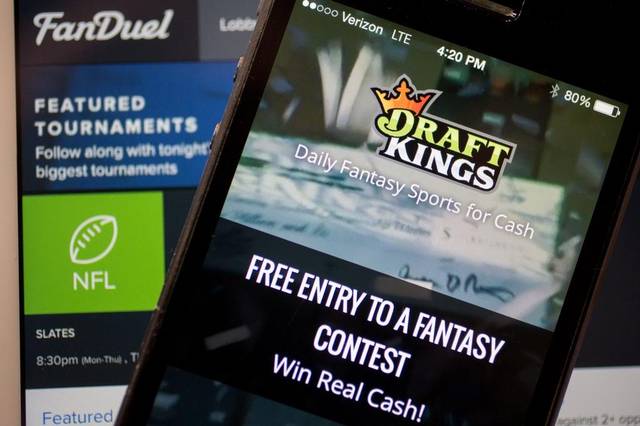 So why would a House committee meet for 10 minutes Tuesday for the sole purpose of passing a bill clarifying that fantasy sports leagues are not gambling?

The ice has thawed on the gambling impasse.

House and Senate leaders have agreed to pass their respective bills off the floors of their chambers to set up a gaming conference for as early as next week. It's not a sign that there is a deal. But it is a sign that they're taking the issue of shoring up their gaming revenues seriously as they head into discussions over the budget.

The recent decision by a Leon County Circuit Court that determined slot machine look-alikes found in bars across the state are not illegal gambling devices. The decision was noticed by parimutuels, convenience stores and gaming centers across the state who signaled an interest in installing the machines without having to seek a gaming license.

But the decision also triggered a warning letter from the Seminole Tribe of Florida, which said that if the state allows the so-called "pre-reveal" games to operate it will be in violation of the 2010 gaming compact with the state that supplies $120 million in annual revenue to Florida's treasury. More here on the letter.

It was the second court decision to strike a blow to the compact that promised to give the state about $250 million in total revenues when it was first signed. U.S. District Court Judge Robert Hinkle last fall ruled that so-called "designated player" card games, also known as "player banked" games which have been approved by the state at pari-mutuel facilities, violated a provision in the compact that gave the Seminole Tribe the exclusive right to operate banked card games, such as black jack, chemin de fer and baccarat at its casinos in Miami-Dade and Broward counties.

Late Tuesday, the House scheduled a special meeting of the Commerce Committee to take up its gambling bill on Thursday. No word yet on whether the House will add language to it's gaming bill to close the loophole on the so-called "pre-reveal games" which the Seminole say violates the compact.

The Senate will take up its broader gaming bill on Wednesday and, as of late Tuesday, no amendments had been filed to close the loophole.

The fantasy sports bill, HB 149, by Rep. Jason Brodeur, R-Seminole, was passed unanimously without discussion at the last meeting of the House Tourism and Gaming Control Subcommittee. The measure "will clarify that fantasy sports is not gambling,'' Brodeur told the committee. "Once and for all this is not gaming."

The House, however, takes a different tack than SB 8, which defines daily fantasy sports leagues as gaming, regulates them and address the growing popularity of E-sports -- video based competitions that involve an element of chance.

"It is almost a pastime for a significant number of Floridians so I don't think that we need government to regulate it,'' Brodeur said after his bill passed. "It's almost self-regulating."

By giving the fantasy sports bill its first hearing, the House could now tee it up as part of the negotiation when the chambers meet to resolve differences in their respective gambling bills.

The differences between the House and Senate proposals are vast. The Senate opens the door to massive expansion of slot machines and Indian gaming, while the House attempts to retract gaming and preserve protected markets for horse and dog racing and tribal gaming for another 20 years.

Both bills also attempt to renew and expand the provisions in the gaming compact with the Seminole Tribe. Since October 2015, when the blackjack provisions of the current compact expired, the tribe has been continuing to make monthly payments to the state as part of revenue sharing from the card games. But the state is not spending the money until the compact is renewed or a new one is approved by the Legislature.

If approved, the Senate plan would allow the state to use $200 million of that money the state has put in escrow and another $325 million in first-year revenues, said Sen. Bill Galvano, R-Bradenton, the Senate's lead gambling negotiator. Annual revenues after that could amount to about $450 million.