« A likely candidate for Florida governor suggested invading Cuba. He says he was just trying to make a point | Main | Miami Republicans chastise EPA administrator for questioning cause of climate change » 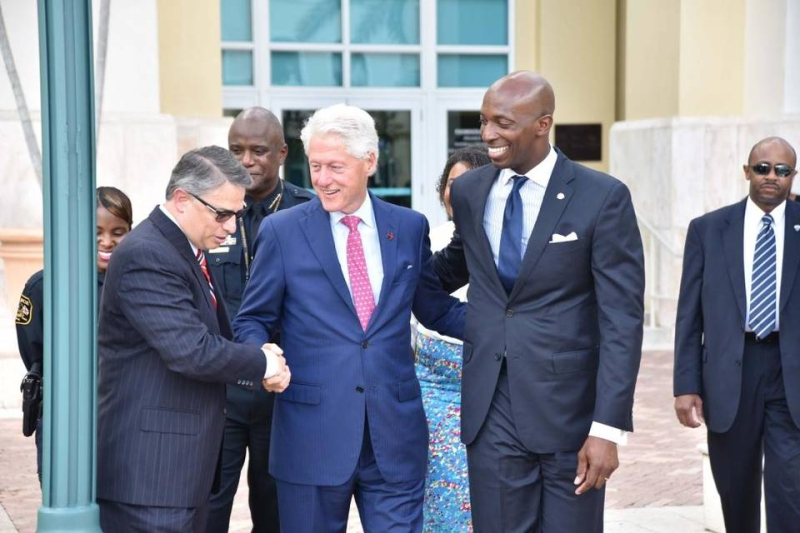 Messam brought up his proposal during a March 8 commission meeting to require federal immigration agents to have a warrant to enter city-owned facilities and voluntary pre-kindergarten schools for immigration enforcement purposes.

"We want to make sure that our parents at least, regardless of their immigration status, that is one less fear that they have -- in regards to the prospect of their child being disrupted due to what we have seen going on across the country," Messam said at the meeting.

The city resolution follows a vote earlier this week by the Broward school board to become a safe zone for immigrant students and their parents and the Miami-Dade school board plans to vote on a similar resolution March 15. Broward County approved a resolution showing support for diversity without mentioning immigration enforcement or creating any sanctuary policy.

Such safe zone policies being pursued by Broward politicians, many of them Democrats, are in response to immigration enforcement actions and promises by Trump.

The safe zone policies may not lead to any practical changes for federal officials because many such facilities aren't known for immigration raids -- U.S. Customs and Immigration Enforcement already has policies that generally protect school sites from enforcement actions. But the policies allow politicians to go on record opposing Trump's immigration plans.

Messam, the son of Jamaican immigrants, was elected in 2015 as mayor in Miramar, a city where about 44 percent of the population is foreign born. A Democrat, Messam was a surrogate to Hillary Clinton's 2016 campaign in Florida and South Carolina.