« How many Floridians have Alzheimer's disease? | Main | Summer is coming. So is Zika. » 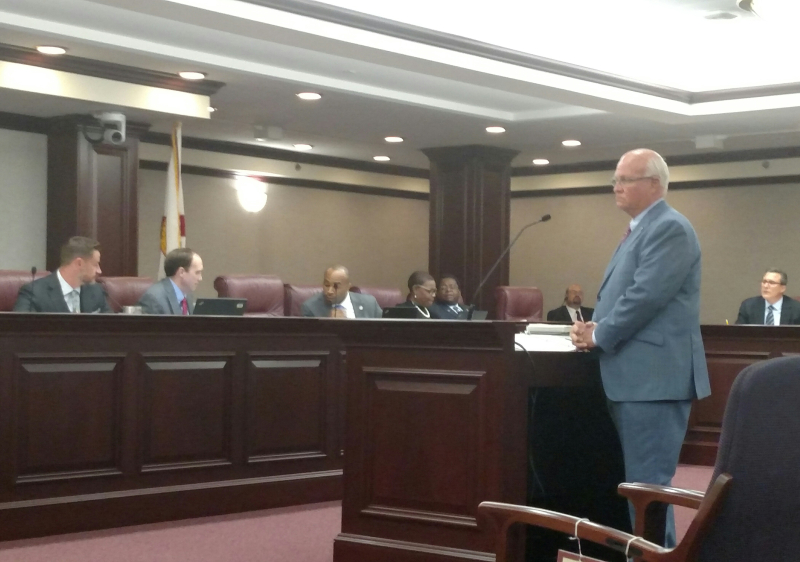 Efforts by the Legislature to make explicitly clear the rights students and teachers have to express their religious beliefs in Florida public schools is ready for a floor vote in the Senate, while earning high praise in an initial House hearing.

A fast-tracked measure in the Senate (SB 436) — one of President Joe Negron’s top priorities — passed its second and final committee Tuesday on a party-line vote, shortly before a House panel unanimously advanced its own version (HB 303).

The House conversation was in stark contrast to the Senate’s discussions, where that chamber’s measure has polarized members.

The bills were once identical, but the House Pre-K-12 Quality Subcommittee amended its bill to make it more narrow than the Senate’s — removing some of the more controversial elements, such as a requirement that school districts adopt a Florida Department of Education-crafted policy that “establishes a limited public forum for student speakers at any school event.” Such a provision would allow students of different faiths to, for example, pray at school assemblies.

The House’s pared-down bill won bipartisan support and near-universal endorsement from a crowded audience. When the House committee ended its meeting after passing the bill unanimously, one audience member shouted out: “Can we close with a prayer?” The remark drew scattered applause.

Lithia Republican Jake Raburn, the House Pre-K-12 Quality Subcommittee chairman, called it “a bit perplexing that we have to be here when these protections are provided for.”

Photo credit: Sen. Dennis Baxley, R-Ocala, presents his “religious liberties” bill to the Senate Judiciary Committee on Tuesday, March 14, 2017. The panel sent it to the Senate floor on a 5-4 vote, with Democrats opposed. Louis Jacobson / PolitiFact