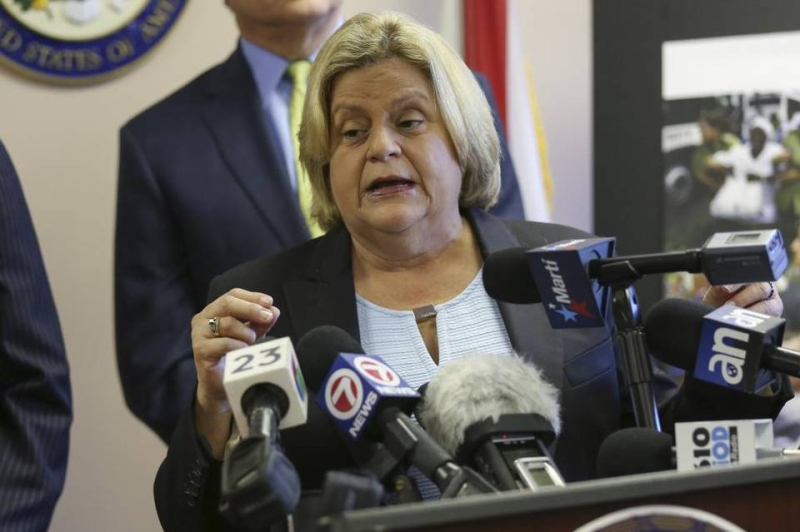 "No matter who the President is or whose party controls the White House, this budget is not considered a viable and realistic plan for spending," she said in a written statement in response to the Miami Herald. "As the saying goes: the president proposes and the Congress disposes. This means that it is the Members of Congress who pass appropriation bills, not the president. So this presidential budget may provide for interesting discussions but it is always considered Dead On Arrival in Congress. I'm especially concerned about cuts to programs for legal aid to the poor, Meals on Wheels services for the elderly, and less resources for the protection of our precious environment."

Trump's $1.15 trillion budget proposal, released early Thursday morning, dramatically increases spending for the military and the border while slashing programs for the environment and the Federal Emergency Management Agency among other programs. The proposal is a blueprint and Trump is expected to release a more detailed one in May.

Ros-Lehtinen represents a left-leaning district in Miami-Dade and has frequently disagreed with Trump including her opposition to the GOP health care plan. Ros-Lehtinen did not vote for Trump -- instead she wrote in former Gov. Jeb Bush's name.