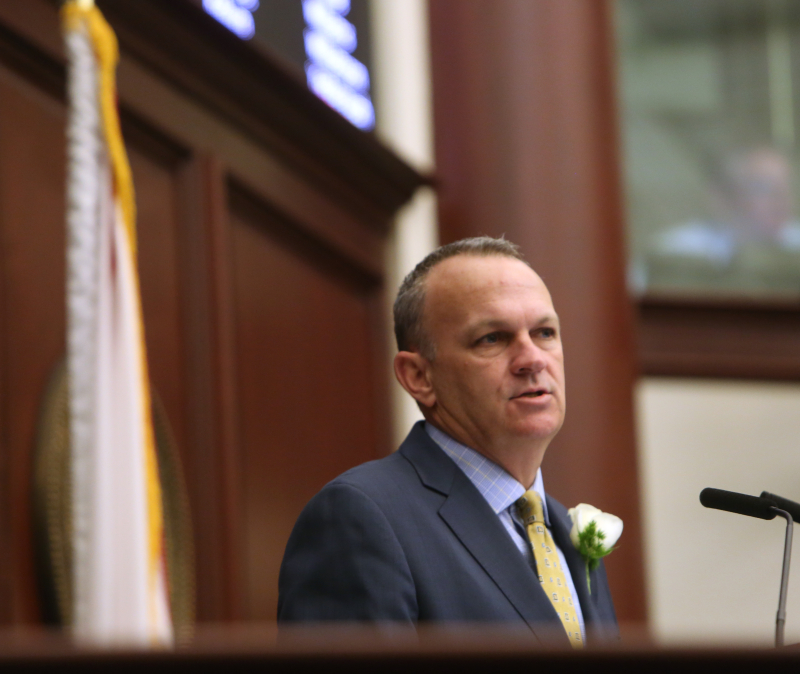 Florida House Speaker Richard Corcoran on Thursday called on the governor to suspend Aramis Ayala, the Orlando state attorney who last week said she would not seek the death penalty in any cases while in office.

Corcoran, R-Land O'Lakes, said Ayala stepped outside the bounds of the state Constitution by declaring up front that she would not consider the death penalty, even in the most heinous murder cases. Florida's Constitution says that "the death penalty is an authorized punishment for capital crimes designated by the legislature," but state attorneys also have broad discretion to decide which cases they prosecute and how they do so.

"(Ayala) has a right to say, 'In this particular case for these reasons, we've decided not to seek the death penalty,' " said Corcoran, who is mulling a run for governor. "That is not what she said."

Gov. Rick Scott is empowered to suspend state attorneys from office for "malfeasance, misfeasance, neglect of duty, drunkenness, incompetence, permanent inability to perform official duties, or commission of a felony." Scott has been under pressure from other lawmakers to suspend Ayala, but the only action he has taken against her is to remove her from the case of Markeith Loyd, who is accused of killing an Orlando police officer, as well as his ex-girlfriend.

"We are reviewing our options as we said earlier this week," Scott spokeswoman Jackie Schutz said in an email.

Corcoran said he has been in conversations with other lawmakers, including Rep. Chris Sprowls, R-Palm Harbor, a former prosecutor and the House Judiciary chairman, as well as Rep. Jose Oliva, R-Miami Lakes, who is in line to be the next speaker.

Senate President Joe Negron, R-Stuart, has been mum on the issue. If Scott did suspend Ayala from office, his chamber would be able to permanently remove or reinstate her.

Before Ayala made her comments about the death penalty, the House had already been moving forward with legislation that would give the Legislature the ability to impeach state attorneys.

"You can bet your bottom dollar, if we could get that bill passed and it was law right now, we would absolutely start impeachment proceedings on that prosecutor," Corcoran said.