« That time Rubio asked, 'Can this country afford to have a president under investigation by the FBI?' | Main | Labor union targets Curbelo on 'Trumpcare' » 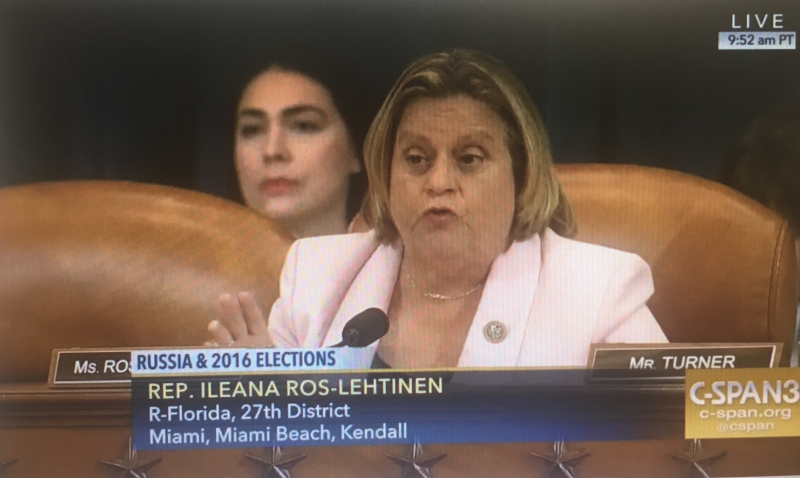 As a member of the House Intelligence Committee, Miami Republican Rep. Ileana Ros-Lehtinen got to question FBI chief James Comey on Monday. But unlike some of her GOP colleagues, she steered clear of any talk about leaks to reporters about FBI investigations -- and focused rather on the investigations themselves, into Russian meddling into the U.S. presidential election.

It was during Ros-Lehtinen's questioning that Comey made the -- perhaps underappreciated -- admission that hackers will probably try to interfere with future elections, too.

"They'll be back in 2020. They may be back in 2018," he conceded, noting that cyber actors may consider their "sowing discord" in the 2016 campaign to have been a success.

"We will follow the facts wherever they lead, on a bipartisan level," Ros-Lehtinen said about the committee's investigation. "And there will be no sacred cows."