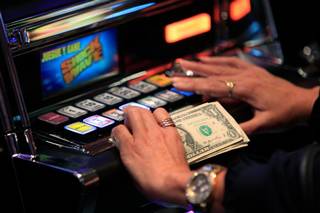 The Seminole Tribe of Florida is warning Gov. Rick Scott that a two-week-old decision by a Leon County circuit court that opens the door for anyone from convenience stores, family fun centers to poker rooms to install slot machine look-alikes is a violation of the state’s gaming compact with the tribe and is urging lawmakers to close the loophole.

“Slots-style type games materially the same as these have been held by federal and state courts in other jurisdictions to be illegal slot machines and are a clear violation of the Tribe’s negotiated exclusivity as set forth in its gaming compact with the state which guarantee exclusive operation of slot machines outside of Miami-Dade and Broward counties in exchange for monthly payments,” wrote Marcellus Osceola Jr., chairman of the Tribal Council.

"Having provided notice of this serious violation of the Tribe's negotiated exclusivity, the Tribe trusts that the State will take prompt action to remedy this violation."  Download Pre-reveal machines

The letter puts the next move straight in the Legislature's court, where the Senate takes up its expansive bill on Tuesday that would not only authorize slot machines outside of South Florida, but allow for the expansion of other games -- actions that would violate the current compact with the Tribe.

The Tribe has been in talks with both House and Senate leaders over how to renew the gaming agreement that has brought in more than $250 million a year in revenues with the state. But it also has warned that bills from both chambers have fallen short of acknowledging the exclusivity provisions required by the Federal Indian Gaming Act.

“This is definitely a game changer,’’ said Rep. Jose Felix Diaz, R-Miami, chairman of the House Commerce Committee and the House’s lead negotiator with the Tribe. “It puts us now in a position where we have to fix it or we’ll be left with a whole lot less money in our budget.”

The March 15 ruling by Circuit Judge John Cooper ruled that the Blue Sky Version 67 gaming machines, which look like slot machines but ask players to press a “preview” button before a play button can be activated, are neither a game of skill or chance.

DBPR officials discovered the games in bars across the state and declared them illegal gambling devices. The company that leased the games, Gator Coin II, and the company that manufacturers them Blue Sky, challenged the decision.

The Tribe said that because of Cooper's ruling "a significant number of these games are being operated in Florida" and predicted "thousands of additional games are likely to be added in the near future."

Diaz said that the agreement with the Tribe allows lawmakers to fix any breech in the first session after it occurs. He said that if progress continues to stall on a resolution to the compact, he will seek separate legislation to close the loophole.

“If I don’t see the compact moving this session, this issue rises to the highest level and will need to be fixed within something else,’’ he said. “There is no room for error.”