« Tallahassee's youngest lobbyist is a Miami teen who wants to ban texting while driving | Main | Another non-answer from Gov. Rick Scott about GOP health care plan »

Will state apologize to children tortured at state reform school for decades? 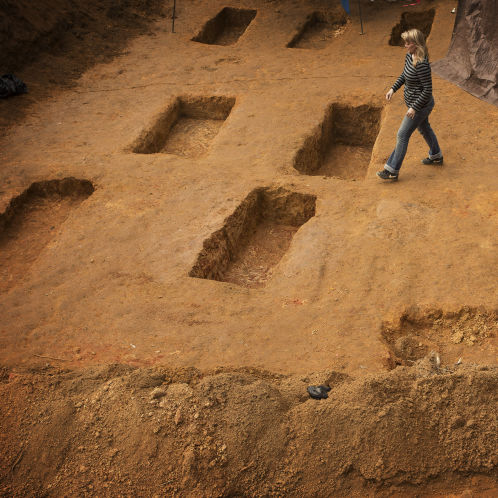 The children killed and tortured at the hands of the state at a reform school in north Florida just might get an apology after all.

Although a pair of bills apologizing to hundreds of then-children sent to the Dozier School for Boys for decades has yet to move in either of the House or Senate, one of the top leaders in the Florida Legislature said it is one of his priorities.

“We know those children were abused and tortured,” House Speaker Richard Corcoran said. “And the question is, how do you try to find some way to close that door in a healthy way that allows people to move on and recognizes the gross injustice that was done.”

Corcoran said he wants to move forward with a bill on both Dozier and another to address the “Groveland Four," a quartet of African-American men accused of raping a white woman in 1949.

"To the extent that we can move forward on both would be great," Corcoran said

Stories had swirled for decades about harsh conditions at Dozier, open from 1900 to 2011 in Marianna in the Florida Panhandle. In 2012, University of South Florida anthropologists began investigating burial grounds on the campus, where pipe crosses marked what was said to be the final resting place for 31 boys who died there. Using ground penetrating radar and excavation techniques, they found 55 graves, many in the woods outside the marked cemetery. Remains were found buried under trees and brush and under an old road.

USF anthropologists last year presented a report to the Florida Cabinet that showed most of the deaths were caused by illness, but others involved shootings, drownings and beatings.

After USF presented their findings last year, members of the Cabinet issued their own apologies to men who survived beatings at the school when they were children. Now. State Sen. Darryl Rouson, D-St. Petersburg, wants a formal apology from the state of Florida. In Senate Bill 1440 he calls for the apology “to the boys sent to the Dozier School for Boys and their family members for the wrongs committed against them during the 111-year operation of the school.”

The Senate bill has not been heard by any of three committees it has to get through to even make it to the floor of the Senate. A House version of the same bill, sponsored by Jacksonville Rep. Tracie Davis, a Democrat, similarly hasn’t been heard in any committees yet.

PHOTO: A University of South Florida assistant professor steps among the more than 50 grave sites that were found at the Arthur G. Dozier School for Boys in Marianna. Tampa Bay Times files (2013)