$1.5 billion health care deal with feds may not be a sure thing in the Florida House 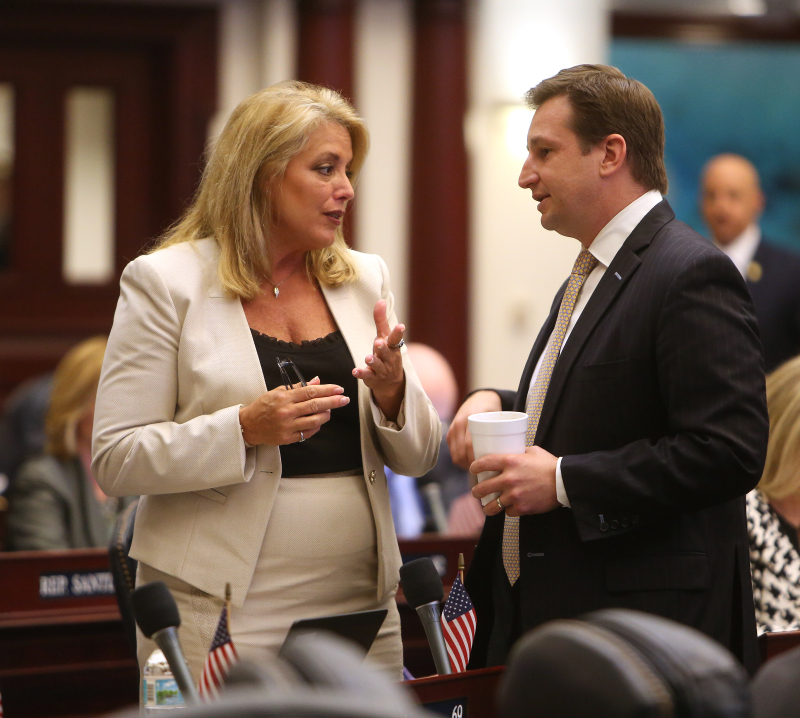 The Florida House has not yet decided if it will include a new $1.5 billion sum of money to cover low-income health care costs in its budget.

House Health Care Appropriations chairman Rep. Jason Brodeur, R-Sanford, said that it "depends on what kind of assurances we get from the federal government."

"We have a promise and that's great. We'd love to have it," Brodeur said. "What I'd like to see is a printed letter that outlines the terms of what we're talking about."

Justin Senior, secretary of the Agency for Health Care Administration, has been working with the feds to reach a final agreement in time for the Legislature to finalize a budget before a May 2 deadline.

But Brodeur said the House was cautious about two key issues: How the state is allowed to use the money and how many years the program will be guaranteed. If the money can only go to hospitals with large numbers of charity care patients -- generally the public and teaching hospitals that make up Florida's safety net -- Brodeur said he would have concerns about funding for other health care priorities.

The program's longevity is a concern, as well, given that it has been surrounded by uncertainty in recent years. When the Obama administration did not renew LIP in 2015, it contributed to a breakdown over Medicaid spending and triggered a special budget session.

"If it's a one-year deal, to what degree do we want to get hooked on the federal dollar again just to come back next year and take it all away?" Brodeur said.

The Senate appears to be ready to take the money.

That chamber's budget already included approximately $600 million in LIP. And $1.5 billion gives them even more flexibility, Sen. Anitere Flores, R-Miami, the chamber's Health and Human Services Appropriations chairwoman, said last week after the agreement with the federal government was announced.

"I hope that the whole pot would be used for hospitals for different versions of patient care," she said but noted it "may give us the opportunity to provide further funding for other health care priorities."

She envisioned moving money around in the budget to free up more dollars for priorities like Medicaid provider rate increases, clearing wait lists at the Agency for Persons with Disabilities and the Department of Elder Affairs, and the opioid crisis, which is ravaging pockets of the state.

But, even last week, Flores expressed concern about the House's willingness to agree to accept LIP.

"I would hope that No. 1, that the House would be open and receive this funding," she said.