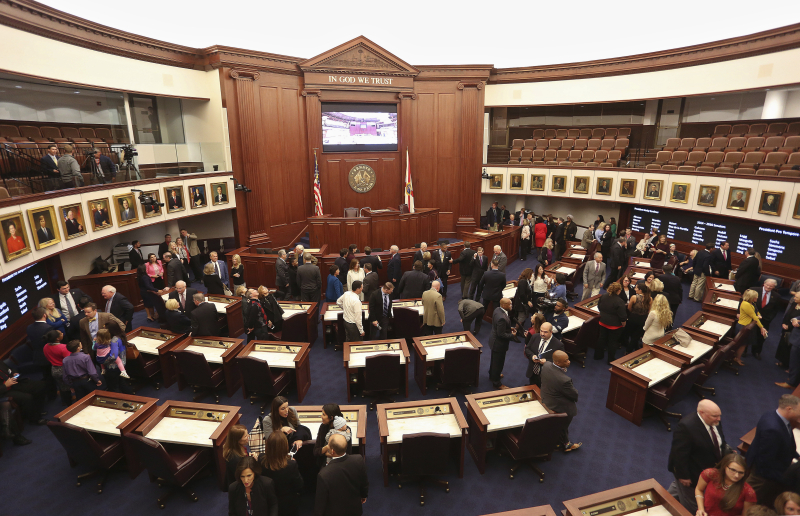 When the Florida House unveiled its sweeping legislation last week to bring in "the best of the best charter schools in the entire country" to serve students who currently attend perpetually failing schools, there was no companion measure in the Senate.

That will change today -- thanks to a strike-all amendment Jacksonville-area Republican Sen. Aaron Bean filed to a relatively generic charter schools bill he had sponsored (SB 796).

MORE: "Are ‘schools of hope’ the solution to perpetually failing public schools?"

Bean's amendment would match up his bill to the language in the House's "schools of hope" bill (HB 5105) -- which has been a session-long work-product for Education Committee chairman Michael Bileca, a House Republican from Miami.

Bean's amendment was filed just after 8 a.m. Monday, giving members of the Senate Education Committee less than 5-1/2 hours to vet what is essentially an entirely new bill.

The committee meets at 1:30 p.m. and this will be first time senators will discuss the House's "schools of hope" proposal.

UPDATE: 4:10 p.m. -- The Senate Education Committee ran out of time and did not hear Bean's bill today. The committee won't meet next week, due to the Passover holiday, which means there's likely only one more meeting of the committee left this session. Policy committees usually stop meeting during Week 7, unless the Senate president opts to schedule additional meetings.