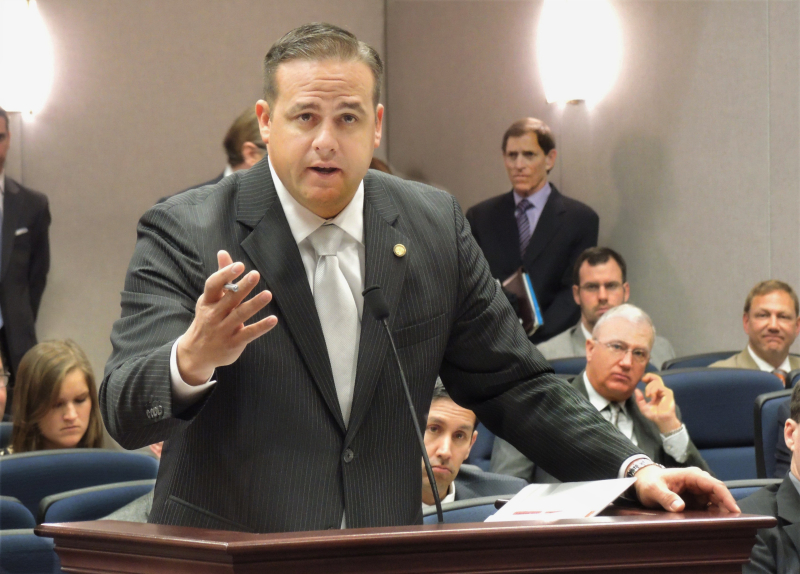 Miami Republican Sen. Frank Artiles stood on the Florida Senate floor Wednesday morning and told his colleagues he was sorry for insulting them in private using curse words and a racial slur.

“I extend a heartfelt apology to my colleagues and to all those I have offended,” Artiles began.

He offered a direct apology to Sen. Audrey Gibson, a Jacksonville Democrat he had called a “bitch.”

“My comments to you were the most regretful of all, because they injured you personally,” Artiles said. “No one deserves to be spoken to like that.”

Gibson did not look at him even once.

Artiles acknowledged that his comments, made in private Monday night and revealed Tuesday, reflected poorly on him. He also apologized to Sen. Perry Thurston, a Fort Lauderdale Democrat who witnessed Artiles’ exchange with Gibson and tried to get Artiles to reconsider his crass language before the conversation got out of hand.

Artiles’ refusal to apologize to Gibson in person prompted Senate leaders to get involved. They forced Artiles to say sorry in person late Tuesday. By then, his remarks to Gibson and Thurston — including deriding Republican Senate President Joe Negron as a “pussy” and lamenting that “niggas” in the GOP caucus elected him — had been made public. Both Gibson and Thurston are black.