As the Democratic Party urges a no vote, Democratic senators get behind FPL fracking bill 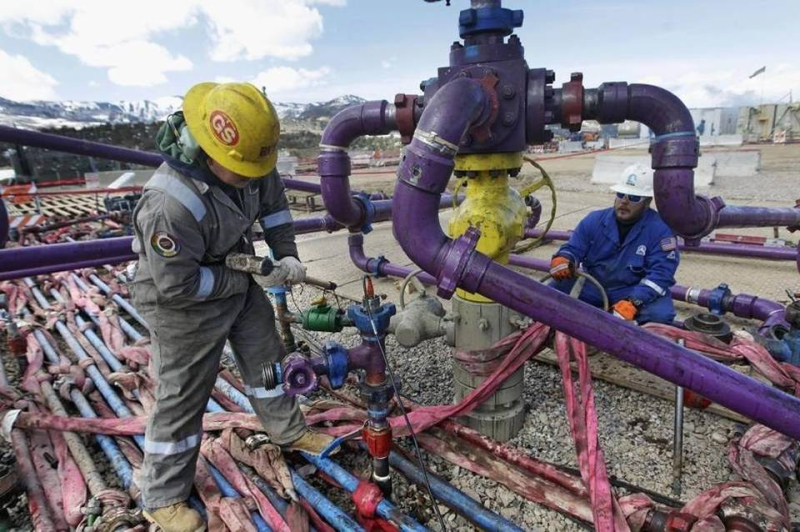 A crack has emerged over fracking in Florida Democratic Party.

As the Florida Senate gave preliminary approval Friday to a bill sought by Florida Power & Light to allow the company to expand its rate base by charging customers for investments in natural gas fracking operations in other states, the Florida Democratic Party was blasting the measure on its website and urging people to sign up “and tell the Florida Legislature to OPPOSE SB 1238.”

“Republicans in the Senate want Florida families to pay for FP&L’s disastrous and harmful oil exploration methods,” warned the party in a post after the measure passed 9-3 by the Senate Rules Committee on Tuesday.

SB 1238, has been opposed by residential and commercial utility customers, and remains stalled in the Florida House but, in the Senate, both Republican and Democratic senators have voted for the measure in committee and are expected to approve it when it comes up for a final vote as early as Monday. The bill was debated on second reading Friday.

Democrats voting for the bill in committee with Braynon and Clemens were Sens. Lauren Book, D-Plantation, Perry Thurston, D-Fort Lauderdale, and Bill Montford, D-Tallahassee. Montford had voted for the measure in a previous committee but changed his vote in the Rules Committee Tuesday and joined Republican Sens. Jeff Brandes of St. Petersburg and Tom Lee of Thonotosassa in opposing it.

Clemens called the comments on the party website “party politics.”

“I don’t really have any comment on what the Democratic Party is doing,” he said with a laugh.

The measure is a top priority of FPL because it will allow the company to overturn a Florida Supreme Court ruling last year that found the Public Service Commission exceeded its authority when it gave FPL permission to charge customers up to $500 million for expenses incurred in investing in an Oklahoma-based fracking company in 2015. Although the company predicted the project would save customers millions in fuel costs, it resulted in a loss of $5.6 million in the first year.

The bill drew opposition from the Florida Retail Federation, the Florida Industrial Power Users Group, the AARP, the Sierra Club and other environmental groups. FPL is the only utility in the state that would be eligible to charge customers for the practice now but Duke Energy could also be eligible if it increases its dependence on natural gas in the future. Both companies were among the largest contributors to legislative political campaigns in the 2016 cycle.

During debate on the measure Friday, Sen. Jose Javier Rodriguez, D-Miami, said that a preliminary analysis he obtained shows that regardless of how much money the project saves customers, it will allow FPL to make an estimated $100 million a year in profit.

Sen. Aaron Bean, R-Fernandina Beach, responded that state regulators at the Public Service Commission won’t allow the project to continue unless it demonstrates a savings for customers.

“It’s a long-term investment,” he said. “This would allow the utility to diversify their inventory, their stream of natural gas.”

According to a Herald/Times analysis, FPL gave $10 million to legislative campaigns and political committees since the start of the 2016 election cycle and prior the start of the 2017 session, with about a third going to Democrats. The party relies heavily on utility and sugar industry money.

“As far as we’re concerned the fact that the Florida Democratic Party is publicly claiming to be against this pro-fracking bill while it’s members are not delivering on the floor is deeply hypocritical,” said Jackie Fillson, spokesperson for the group.

“SB 1238 is a pro-fracking bill that shifts the burden of paying for future fracking endeavors outside of Florida from the company onto the customers. If passed, this bill in effect supports fracking but it also supports paying the rich on the backs of the poor.”

Here's our list of FPL contributions to political committees in 2017: