« Senator's 'discomfort about memorializing slavery' could block House-approved state monument | Main | Welcome to Camp Tallahassee's Superlatives 2017: Who's going to be most likely...? » 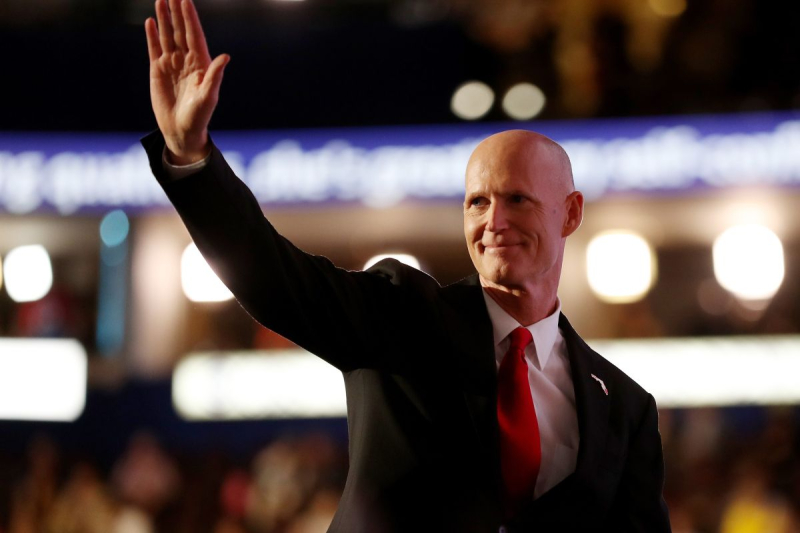 Scott may run against Nelson in 2018.

Scott criticized Nelson for not backing Neil Gorsuch, Trump’s nominee with “sterling credentials”  who was confirmed.

"Look at the votes on this Supreme Court nominee and you can see that there are a number of senators who did not represent their states. These senators need to be retired. Unfortunately one of my Florida senators -- Bill Nelson -- has beared far to the left. He voted for Sonia Sotomayor, Elena Kagan and he just voted against Neil Gorsuch,” Scott told the NRA crowd in Atlanta. “I will leave you with this. You all have done great and important work but there is no rest for the weary. There is no time to relax. The opponents of freedom and liberty are constantly on the move. But fortunately for America today the defenders of freedom and liberty are stronger but we have to keep fighting to keep it that way.”

Scott’s speech followed President Donald Trump who gave Scott a welcome shout out. Scott also praised Trump for being a “strong supporter of our military and our veterans and he is going to cut our taxes.”

In 2012, the NRA attacked Nelson for voting in favor of Sotomayor. Nelson easily won his 2012 race against U.S. Rep. Connie Mack, but Scott will be a far better financed and formidable opponent.

Scott spoke to the NRA about a week before the end of the Florida legislative session. Nearly all of the bills to expand gun rights this session have died.