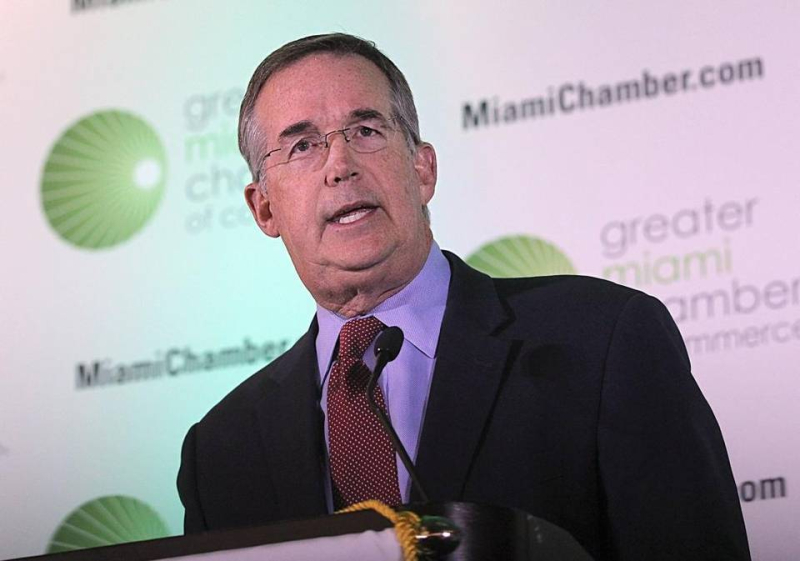 Florida's Chief Financial Officer Jeff Atwater is still not certain when he will leave his current position and take a post with Florida Atlantic University.

Atwater, a Republican from Palm Beach County, told the Times/Herald today that he may still be in office when the Cabinet next meets on May 27.

In February, Atwater announced he was taking a position at FAU, but only after the Legislature finishes it's annual session on May 5. There was no specific date he intended to leave. Gov. Rick Scott and the other two members of the Florida Cabinet had treated the last Cabinet meeting on April 11 as Atwater's last meeting. They gave him going away gifts and saluted his tenure in office.

Because Atwater is leaving with more than 18 months left in his elected term in office, Scott has the authority to select Atwater's replacement through the 2018 election. Scott has not said who he is considering for the position.