Armando Codina: Voting for a Miami casino without understanding local impact is 'irresponsible' 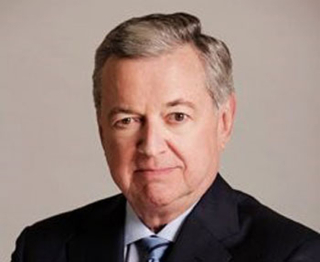 Armando Codina, one of Miami's most prominent developers, is sounding the alarm about the announcement Wednesday that the Florida House has agreed to a Senate plan to bring another casino to Miami-Dade County, arguing that while the revenue will help the state, it will cost the county, and leave the community with infrastructure and social problems.

"I'm well-informed, but this surprised me how it was snuck in without any public debate,'' said Codina, chairman of Codina Partners, LLC, a real estate investment and development firm based in Coral Gables, in an interview with the Herald/Times.

"These guys are going to send casino money to Tallahassee and leave us with all the infrastructure issues and all the social issues that come with it,'' said Codina, who has long been a critic if expanded gambling in the county. "They are voting for something without any understanding of the impact and without any idea of where the money is going to go. It's a crime being perpetrated on the City of Miami."

Although the details of the proposal remain sketchy, the offer made by Rep. Jose Felix Diaz, R-Miami, at a meeting of the House and Senate gaming conference this morning, indicate that the House has overcome years of resistance and agreed to authorize a new gaming facility in Miami-Dade under certain conditions.

He said he has built corporate headquarters for IBM, Office Depot, Ryder Trucks, and Baccardi and "no headquarters wants to be in a place with all the social issues gambling brings."

"With what's happening on the beach and what's happened on Brickell, speaks for itself,'' he said. "For these legislators to talk about casino gaming without telling the public where this is going to go, is irresponsible."

Codina, who once was a business partner with former Gov. Jeb Bush and has been a prolific Republican fundraiser, warned that the decision could have political ramifications.

He also had a warning for local lawmakers seeking re-election: "Any representative that votes for this without understanding all of the impacts of gaming, and where this money is going to be designated, is derelict."