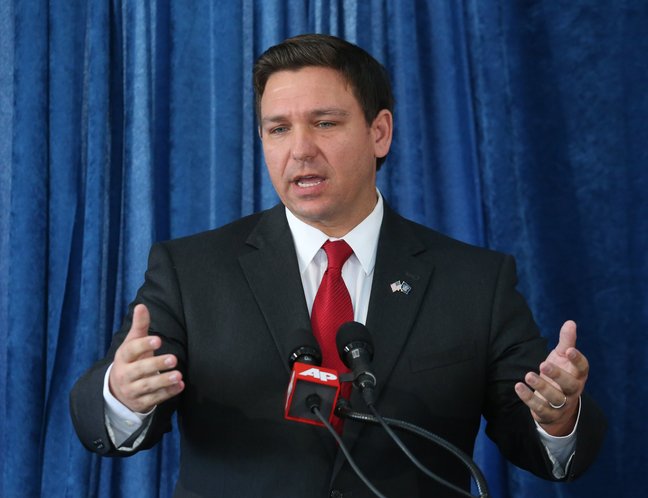 A conservative political action committee is trying to rally national support around U.S. Rep. Ron DeSantis in hopes he will run for governor of Florida in 2018.

The Madison Project, which backed DeSantis's brief 2016 U.S. Senate campaign, put out a statement on a popular conservative website telling readers that DeSantis should run.

"He's not just a regional candidate - Ron is a Congressman who has worked hard to represent the entire state of Florida," the statement attributed to Madison Project president Jim Ryun says. "Running for governor is a no brainer for him."

The statement was on The Resurgent, a popular blog site created by Erick Erickson, a conservative radio host and political commentator. The same site also ran results from a poll from WPA Intelligence claiming DeSantis matches up well with Florida Agriculture Commissioner Adam Putnam, a Republican expected to run for governor next year. WPA Intelligence was a pollster for Sen. Ted Cruz, R-Texas, in his campaign for the White House.

According to The Resurgent, which says it had "exclusive access" to the poll of more than 2,000 Republican Primary voters, Putnam is the choice of 17 percent, while DeSantis is next at 9 percent. The poll showed Florida House Speaker Richard Corcoran and State Sen. Jack Latvala at 3 percent each, according to The Resurgent report.

"While DeSantis may trail Putnam at this early date, with 52% of voters undecided and 51% not knowing who he is, this race is wide open," The Resurgent story declares.

The Times/Herald has not been able to verify the poll results.

DeSantis, 38, is a lieutenant commander in the U.S. Navy Reserve and has represented parts of northeast Florida in Congress since 2012. When U.S. Sen. Marco Rubio first announced he was going to run for President, DeSantis was quick to file to run for the U.S. Senate to replace him. When Rubio re-entered the race, DeSantis dropped out of the contest and instead won re-election to the U.S. House. During that short-lived campaign for Senate, the Madison Project and Ryun also endorsed DeSantis over a field of Republican candidates.

DeSantis is a member of the House Freedom Caucus.