Consider it 'education day' in the Florida House 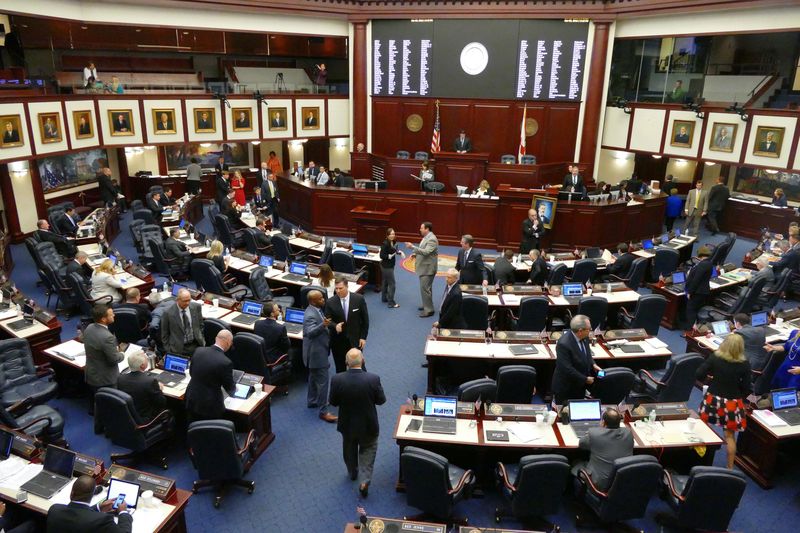 The Florida House will pass out its budget proposal today for 2017-18, but it might as well be "education day" in the chamber, too.

Today is also when the chamber's Republican majority will -- barring any earth-shattering surprise -- pass out its most-desired and drastic reforms for education policy this year. And unlike last year, they're all tied to the budget.

-- the $214 million expansion of the "Best & Brightest" teachers bonuses, which changes the criteria to qualify and extends the bonuses to principals, too;

-- and changing the formula for how local and state capital dollars for school construction and maintenance will be disbursed among traditional and charter schools, giving charter schools a cut of the local dollars they don't currently get.

Democrats took a caucus position to oppose the "schools of hope" bill, and you can expect many will also vote against the "Best & Brightest" expansion and the capital outlay funding changes, too. Republicans hold a 79-41 majority, so they don't need Democratic support to push through their priorities.

The Senate has its own ideas on each of these measures, of course, so the final two weeks of session will be ripe with behind-closed-doors negotiating and backroom dealing.

The Senate is conceptually on board with the "Best & Brightest" expansion and the premise behind "schools of hope," but leaders in that chamber have their own ideas on how those policies could be accomplished.

As well, senators on Wednesday passed their own proposal for changing capital outlay funding -- removing a main component of their bill (SB 376) so that sharing local tax dollars with charters wouldn't actually be required. (It currently is optional anyway.) The bill also includes reforms to restrict charter schools from using capital funding for "personal financial enrichment," something the Senate first sought last year.

Senate Pre-K-12 education budget chairman David Simmons, R-Altamonte Springs, has previously said a mandate on school districts to share their local dollars couldn't be imposed without also affording districts the ability to collect more tax revenue locally, because districts carry a lot of debt service that has to be paid regardless. But raising the millage cap for districts makes some lawmakers wary, because it could be seen as a tax increase even though the decision to actually raise the tax would be approved locally.

Simmons told the Herald/Times Wednesday that taking out the mandate from the Senate bill resolves that conflict and positions the Senate to negotiate with the House in conference committee. The House proposal (HB 5103), meanwhile, calls for a more complicated formula that requires state and local money to be divided among charter and traditional schools, while accounting off the top for the districts' debt service.