« Once on chopping block, Miami arts school could still get some state aid next year | Main | Environmental budget blows up as House retreats, Senate calls exercise 'a fool's errand' »

Cruz: Senate chairman who opposes slavery memorial 'knows he can say this and be revered at home' 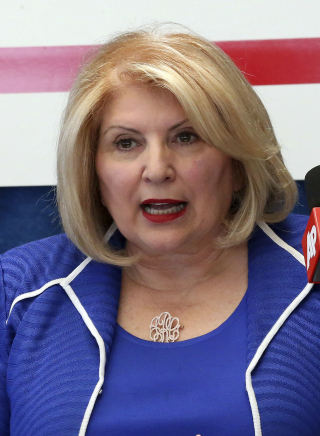 House Democratic Leader Janet Cruz is among those upset and offended by a conservative Senate chairman's explanation on Friday for why he blocked a bill to establish a Florida Slavery Memorial near the Capitol in Tallahassee.

Ocala Republican Dennis Baxley, who chairs the Senate's government operations committee, had told the Herald/Times a memorial to slavery would be too negative and would "celebrate defeat" -- remarks, among others, that were viewed as racially insensitive and sparked immediate backlash from House Democrats and members of the black caucus.

Baxley later clarified that by "defeat" he meant "adversity" but his explanation didn't quell the outrage.

After what Baxley said, Cruz remarked that a "real issue" in Florida is the redrawing of legislative districts in ways that have created politically safe seats for one party or another.

"Gerrymandering has given members in these safe seats, on both sides, the ability to say what the hell they want to say without answering to a district," the Tampa lawmaker told the Herald/Times, venting her frustration late Friday.

"Baxley knows he can say this and be revered at home," Cruz added. "So throwing red meat today and making those comments, he has no fear."

She said Floridians asked for "compact, contiguous districts that more fairly represent the people" and she noted that registered Democrats outweigh registered Republicans in Florida, while the number of voters with no party affiliation are "skyrocketing."

"Yet we still have members that can make what I call a racist remark and go back to their district and not worry about getting re-elected," she said.