« Cuts get more severe for Rick Scott's top priority | Main | Will Democrats hold and block the homestead amendment? Clemens: 'it blows the entire session up' » 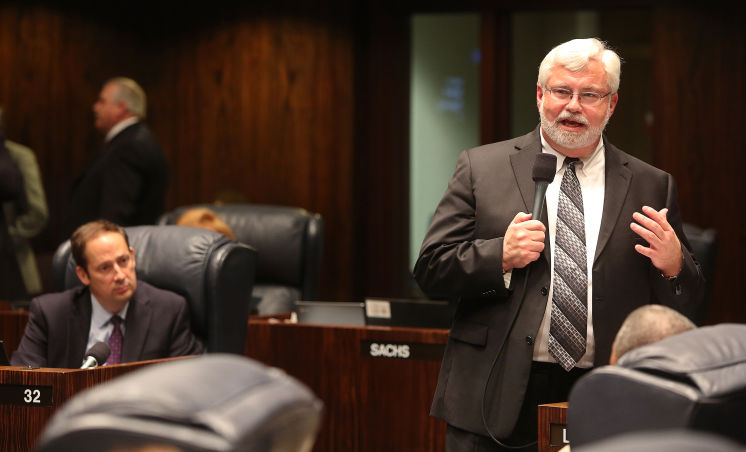 But Latvala told reporters on Friday that House members were forced by "one guy" to vote with him or face political retaliation. Latvala didn't mention House Speaker Richard Corcoran, R-Land O'Lakes, by name, but it was clear who he was referencing.

"This is not a decision that was made by the rank-and-file members in the House," Latvala said. "This was made by one guy. And you know, there were a lot of brave souls that voted against the decision that were made on Enterprise Florida and Visit Florida and they've paid the price. And I know that because I've got bills sponsored with some of them that quit moving when they made that vote."

Latvala would not cite a specific example when asked by the Times/Herald.

"Our office would be delighted to look into any specific example the Senator would like to provide," Piccolo said. "As a matter of policy, the speaker has always said that the only thing expected of every member of the Florida House is that you vote your principles.  As everyone knows, legislation doesn't move for a myriad of reasons. Retaliation or punishment is not one of them in the Florida House."

The House initially proposed eliminating all funding for Visit Florida, an agency Gov. Rick Scott has asked for $100 million for to market the state as a vacation destination. But Latvala said after blow back from people back home worried about lost tourism, the House inched the funding up to $25 million. That is still dramatically off the $76 million that the Senate first proposed.

Earlier on Friday, Visit Florida CEO Ken Lawson made a futile attempt to convince Senate and House budget negotiators to give his agency the $100 million it needs. He said cutting back would be disastrous for Florida tourism because so many other states are competing for the same tourists to visit their states.

"We need you to fund Visit Florida," Lawson said. "We've got to fight the competition coming after us."

But Sen. Jeff Brandes, R-St. Petersburg, said after Lawson's speech the number is not likely to change. That part of the budget has already been agreed to by Senate President Joe Negron and Corcoran and there is little chance the number will increase at all.