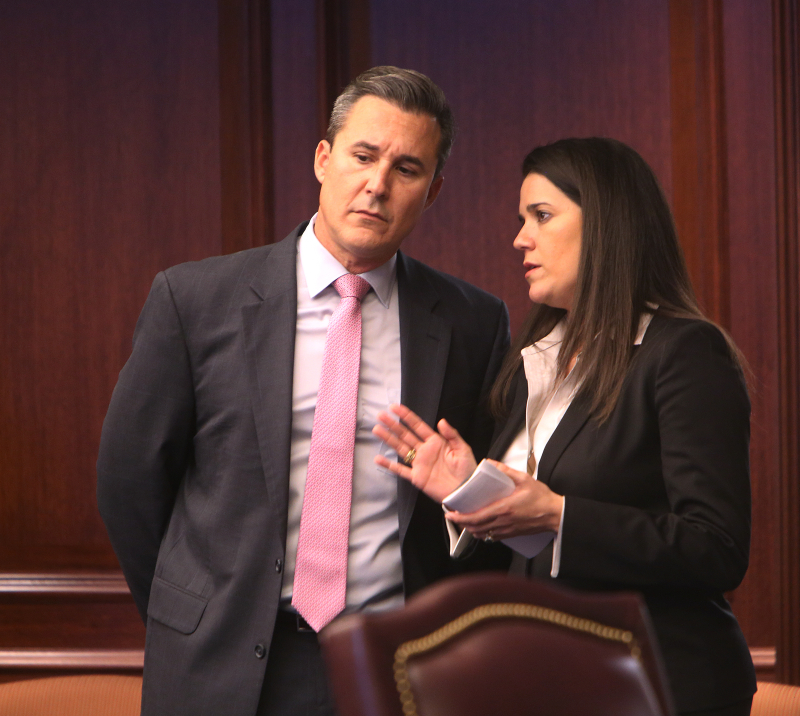 As part of a broad budget deal, House and Senate leaders have agreed to roughly $650 million in cuts to hospital payments through Medicaid.

Sen. Anitere Flores, R-Miami, the Senate's health care budget chairwoman, confirmed that the state would cut its share of Medicaid payments by $250 million in the upcoming budget, which reduces federal matching dollars by more than $400 million. That's more than was proposed by either the House or Senate in their original budgets.

How each hospital could be affected is not yet clear.

But hospitals -- particularly safety net hospitals that care for a disproportionate amount of the state's Medicaid and charity care patients -- might be repaid for some of those cuts, Flores and House health budget chairman Rep. Jason Brodeur, R-Sanford, said.

"A couple months from now, that potentially could be backfilled or it could be lessened, or there could be some way that the federal government money that has been promised could help make (hospitals') year look a little different than what it is we come out with," Brodeur said.

That's because the terms of a Low Income Pool program that could reimburse as much as $1.5 billion in care for the uninsured have not yet been settled between the federal government and Florida's Agency for Health Care Administration.

Lawmakers are working on two plans to allow the state to put LIP into effect after the terms have been finalized later this year, either through separate legislation or by vote of the Legislative Budget Commission.

But the $83 billion state budget does not include LIP money, said House Appropriations Chairman Carlos Trujillo, R-Miami. He said the Legislature plans on taking the money and adding it to whatever spending plan they pass.

Flores, however, warned that depending on the terms, the state may only be able to take $600 million in local and federal dollars under the program, not the full $1.5 billion the federal government agreed to help fund.

"What we're trying to figure out is what are the policies that we would need to implement to make sure that the hospitals can draw down the full amount," Flores said.