« Rubio: 'No doubt' Artiles should have resigned | Main | Trump administration recommends sending tens of thousands of Haitians back to Haiti » 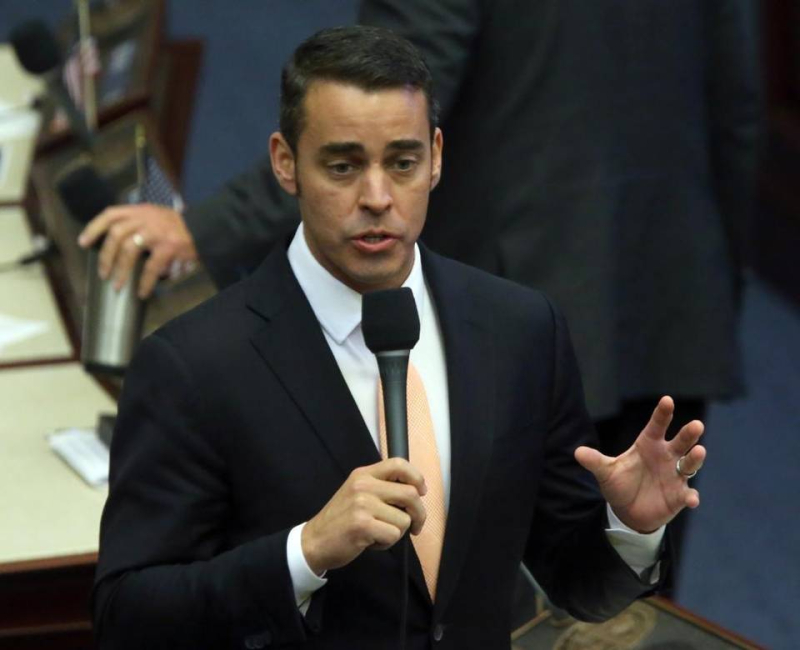 Former Miami state Rep. Erik Fresen will plead guilty next week to failing to file a tax return. That's a serious charge -- and not the only time Fresen faced financial trouble.

In 2014, after months of wrangling, Fresen agreed to pay a $1,500 fine after the Florida Ethics Commission found he had made mistakes in his filed financial reports.

And in 2011, when Fresen was vying to become Florida House speaker, his home was in foreclosure because he'd stopped paying his mortgage more than a year earlier.

TALLAHASSEE -- State Rep. Erik Fresen's Miami home is in foreclosure because he stopped making payments to his mortgage company more than a year ago.

That's about all that Fresen and the company, JPMorgan Chase, agree on in a lawsuit set for pre-trial motions before a Miami-Dade County judge on Tuesday.

The lender says Fresen -- who is vying to become Florida House speaker in 2014 -- owes nearly $615,000 in principal, interest and late fees. Fresen said he's the victim of the banking crisis meltdown and sloppy record keeping by the bank, which is trying to bill him for $10,321.41 in property taxes that he said he has paid.

The lawmaker said his lawyer advised him to stop paying the bank anything to "bring them to the table." Neither Fresen nor his attorney would provide documentation showing the legislator actually paid the property taxes in question on his home.

Fresen faces the threat of losing his home, a possible damaged credit rating -- and the potential that the messy foreclosure lawsuit could create ammunition for opponents of the up-and-coming Republican.

In his push to become House speaker, Fresen, 33, faces Republican Rep. Chris Dorworth of Orlando, who has financial problems of his own. Dorworth faces a $2.7 million judgment over a failed business deal and his home faces the threat of foreclosure.

A Chase spokeswoman, Nancy Norris, said she could not comment on specifics of any customer's mortgage, but she and others in the mortgage industry questioned Fresen's decision to withhold his monthly mortgage payments.

"Refusing to pay your mortgage isn't going to bring us to the table any faster, " Norris said. "We will eventually foreclose. It's bad for us, and it's bad for you."

Fresen, who says he earns about $150,000 as a land-use consultant and part-time lawmaker, said he's able to afford his home loan.

The three-bedroom home has an assessed value of $484,648, according to the Miami-Dade Property Appraiser's Office.

Fresen's home was a central part of his 2008 House campaign because it emphasized his roots in House District 111 in the heart of Miami. He grew up in the house, his parents sold it, and his mother bought it back in 2006. Ten days later, she deeded the house to him, and he assumed the payments and ownership of the house as he and his wife sold another property.

LOST IN THE SHUFFLE

Fresen said that in the handoff between the two banks, his property-tax payment got lost in the shuffle, and he couldn't get anyone to fix the problem.

"It's the classic meltdown with what happened with the banking system, " Fresen said. "No. 1, I had a bank that screwed up and charged me for tax bills I paid. No. 2, the bank fizzled out while they held my paper, and they got taken over by Chase. But WAMU (Washington Mutual) is still kind of processing things, and the departments aren't talking to each other. No. 3, I'm now having this conversation with a reporter."

Fresen acknowledged he had a type of loan in which the borrower is normally responsible for paying his taxes directly to the county. He said the lender required him to pay the property taxes as a condition of purchase.

Bank spokeswoman Norris said the company doesn't offer the types of loans that Fresen described, and she disputed the notion that there was a problem resulting from Chase's acquisition of Washington Mutual.

'It's still the same people processing the loan, " Norris said.

Chase took over Washington Mutual in September 2009, the same month the bank moved to foreclose on Fresen.

Foreclosure experts say Fresen's situation is, at the least, unusual.

"It sounds kind of wacky, " said Avi Shenkar, president of Miami Beach-based GMA Modification, which represents borrowers who are trying to renegotiate their loans with banks.

"This situation sounds like something that should be easy to fix, " Shenkar said.

Shenkar said while the particulars of Fresen's case sound unique, the lawmaker's decision to stop paying his mortgage was becoming common.

Florida has the nation's third-highest foreclosure rate, according to RealtyTrac data, overwhelming the state's court system and lenders alike.

Though Fresen maintains he's not at fault, he did confess one property-tax error that a reporter discovered: He failed to apply for a homestead exemption to reduce his property taxes.

"Really?" Fresen said. "I guess I messed that up."