Gov. Rick Scott calls Artiles' comments 'disgusting' but declines to say whether he should resign 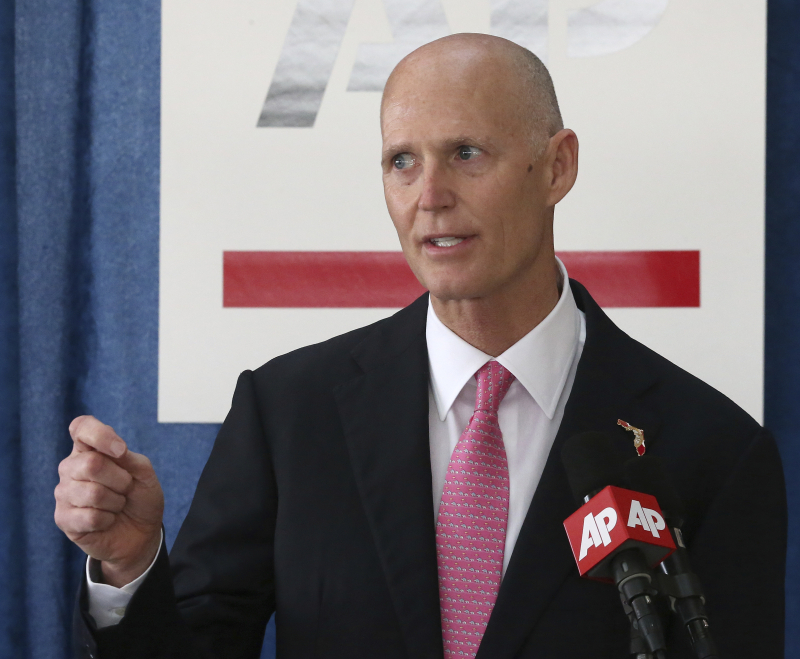 WASHINGTON -- Gov. Rick Scott said this afternoon that Sen. Frank Artiles comments were “disgusting” but declined to say whether the Miami Republican should resign.

“He’ll have to make a decision on what he does,” Scott told reporters after spending the day in Washington.

“It’s disgusting,” Scott said when asked to react to the racist, sexist rant.

“I called Senator (Audrey) Gibson this morning. I have a good working relationship with her," Scott said, nothing they walked in a Martin Luther King Day parade. "Nobody should be called names like that. Nobody should be treated like that. It was disgusting.”

Pressed by Gannett’s Ledyard King, Scott repeated that Artiles would have to make the decision whether to step down.

“I’ll just tell you it was disgusting what he said," Scott said. "It was not right to say to anybody. That’s why I called Senator Gibson this morning. She’ a wonderful person.”

Asked again, Scott said: "What you do everyday in your job has consequences when you run."