« Welcome to Camp Tallahassee's Superlatives 2017: Who's going to be most likely...? | Main | As the Democratic Party urges a no vote, Democratic senators get behind FPL fracking bill » 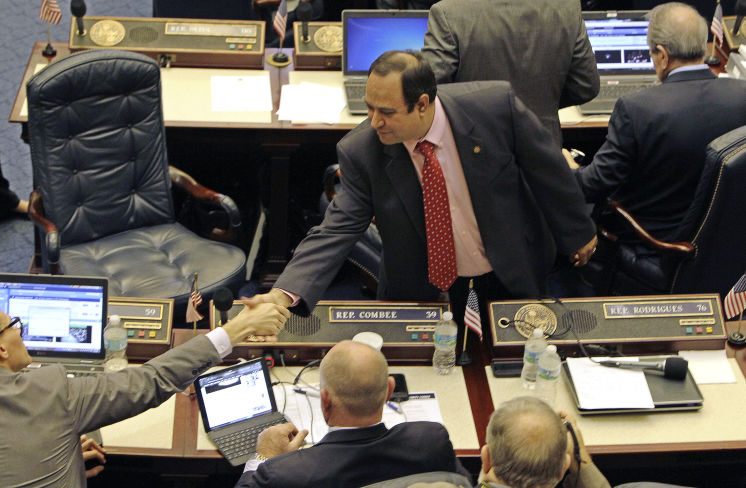 State lawmakers are inching closer to an agreement on medical marijuana after more than 70 percent of voters declared they wanted to allow patients with debilitating conditions to use the drug.

On Friday, the Florida House made sweeping changes to their legislation (HB 1397), addressing concerns raised by activists that bill initially proposed by Majority Leader Ray Rodrigues, R-Estero, made it too difficult for doctors to recommend cannabis to patients and limited access.

“We have listened and we have worked hard to create a patient-centered process,” Rodrigues said. “We believe this bill makes it easier for patients to obtain their medical marijuana.”

* Patients who complain of chronic pain can be recommended cannabis, but only if it is linked to another debilitating condition. This is in line with Senate proposals but a major step for the House.

* Marijuana dispensaries can sell edibles and products that can be “vaped.” The bill still bans smoking.

* Eliminating a requirement that patients have a three-month relationship with a doctor before they can recommend marijuana. As well, patients would have to visit the doctor once every seven months to remain in the statewide database of qualified patients, up from 90 days.

* Training requirements for doctors have been reduced to two hours, which is expected to remove barriers to doctors.

Some components remain largely unchanged, including the structure of handing out licenses to companies that will act as grower, processor and dispensary. While one black farmer would be licensed immediately under the House bill, others would not be allowed into the market until 150,000 patients are registered to use marijuana, and those would come from the nurseries denied from an older, more limited cannabis program in 2015.

However, the House and Senate are still in negotiations over their language. Sen. Rob Bradley, R-Fleming Island, who sponsored the Senate’s medical marijuana legislation (SB 406), said the House’s changes are a “reflection of those discussions.”

“I look at it as a very positive development and a good faith step in our direction,” he said. “We’re going in their direction, too.”

Some House members appear concerned about the legislation ahead of a vote that will likely take place next Tuesday.

At their caucus meeting earlier Friday, the common belief was that the House bill still didn’t go far enough to ensure patient access.

As well, at least one conservative Republican who supported the more restrictive language proposed earlier in the spring voted against the changes, saying she was worried it opened up the marketplace too much and citing a general skepticism about medical marijuana, “if there is such a thing.”

“This is a huge expansion of what conditions will be eligible and what physicians will write that prescription,” Rep. Gayle Harrell, R-Stuart, said. “We’ve already seen the pill mill prescription debacle in this state. You thought that was bad? Wait until you see the big toe pain epidemic."