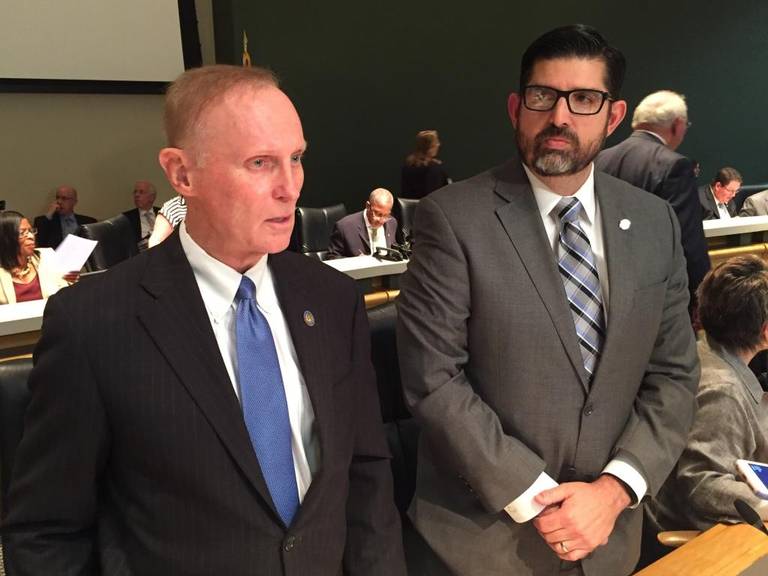 From Brandon Larrabee at the News Service of Florida:

The House and Senate agreed to a relatively modest increase in per-student funding for public schools Friday, as negotiations continued over state spending for the budget year that begins July 1.

Under an agreement reached by leaders, per-student spending through the state's main formula for schools would increase 0.34 percent, or $24.49 a head. Discussions on other education projects were expected to continue.

Lawmakers' ability to significantly increase per-student funding was hampered by two decisions that carried out other House priorities: to not allow local education property taxes to rise with real estate values, and to plow more than $400 million into teacher bonuses and the House's "schools of hope" proposal.

Neither of those two items is included in the main formula, known as the Florida Education Finance Program, or FEFP. But lawmakers involved in the education budget talks said not accounting for the additional spending doesn't give a full picture of what the Legislature is doing for education.

"It's been our theme from the very beginning that we're going to laser-target those students in the high-need areas," said Rep. Manny Diaz Jr., a Hialeah Republican who chairs the House's education budget subcommittee.


The details of how to spend the $400 million remain up in the air. Initially, House leaders had set aside almost $214 million for the "Best and Brightest" bonus program for teachers, anticipating a surge of new awards after expanding which teachers are eligible and expanding the program to cover principals as well.

Another $200 million would go to the "schools of hope" program, which is meant to encourage charter schools to open in areas where traditional public schools have struggled academically.

But all $414 million is now combined into one line item that will be divvied up based on details the two chambers are still discussing. Senate leaders hope to make some of the "schools of hope" money available to traditional public schools for wraparound services, like health care and after-school programs.

Lawmakers said how much goes to each program could fluctuate based on the final agreement.

"We look forward to allocating that based upon our discussions, but I do believe that they'll be consistent with what has previously been presented, and that is almost 50-50," said Sen. David Simmons, an Altamonte Springs Republican who chairs the Senate education budget panel.