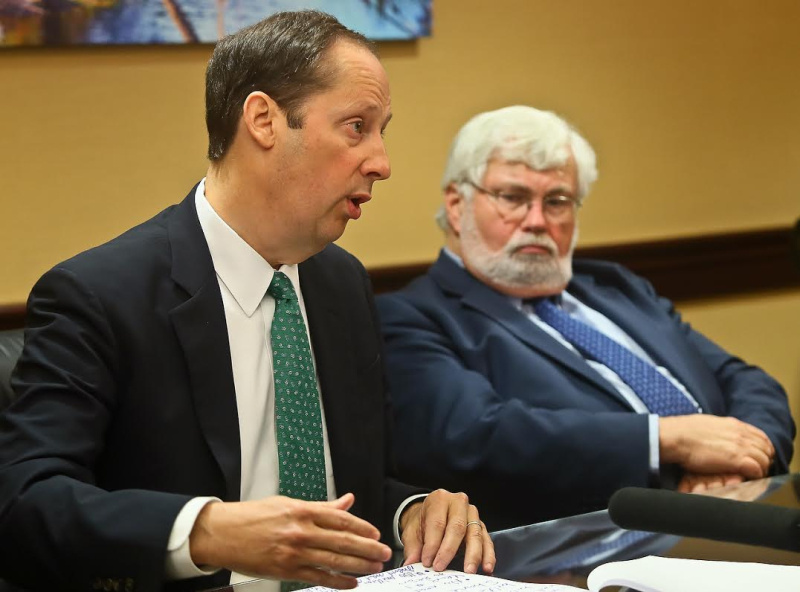 Clearwater Republican Jack Latvala, the Senate Appropriations chairman, told reporters Friday that in his 15 years in the Florida Senate he's "never seen" a budget negotiated like the one lawmakers are crafting for 2017-18.

And he cast blame on one person: House Speaker Richard Corcoran, R-Land O'Lakes -- although not mentioning him directly by name.

Corcoran and Senate President Joe Negron, R-Stuart, insisted first on hashing out -- in private -- trades on significant policy priorities they want accomplished this year before they would agree to let public budget conference committee meetings begin yesterday. (Session is scheduled to end May 5.)

"I haven't seen it to the extent that we've seen it this year of deciding so many issues as a part of the budget process," Latvala said. "I've never seen that before."

"But that's driven strictly by the guy that wants transparency from the other end down there," Latvala added, in a clear reference to Corcoran. "He's the one that said, 'to get this, we need need to do this. To do that, we need to do that.' And all the President did was try to respond, to try to get an agreement so we can have our committees do their work and try to get out of here on time."

Corcoran spokesman Fred Piccolo declined to comment. Corcoran promised "unprecedented openness" and transparency during his time as speaker; however, the budget process appears to be unfolding much the same as it has in previous years.

Latvala also warned Friday that given Gov. Rick Scott's opposition to the budget, there "absolutely" is a chance lawmakers will be back in special session either attempting to override or dealing with a vetoed budget.

"I'm saying that the governor is very concerned about a number of the decisions that the presiding officers agreed to on spending. That's his prerogative and he gets the last look at the budget,'' he said.