« Another shot at Medicaid expansion in Florida, but same result | Main | Senate has different ideas for $200M 'schools of hope' funding » 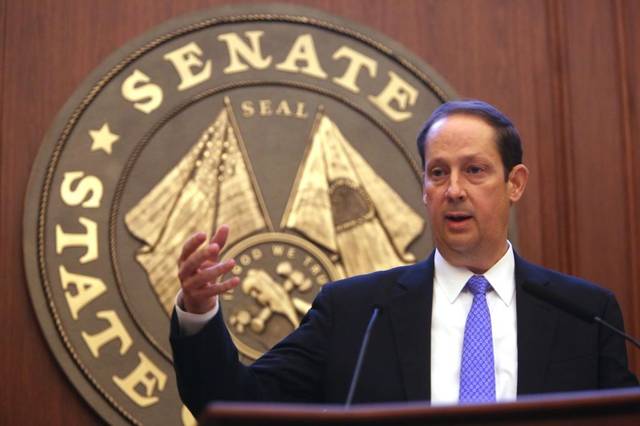 to build a water-storage reservoir south of Lake Okeechobee.

For a Senate that has shown signs of deep division and infighting against less veteran, and increasingly divided, Republican House, it was a formidable showing. So Negron and his leadership team didn't wait long to show their gratitude.

Late Wednesday, they scheduled hearings on Monday before the Senate Criminal Justice Committee for a long list of criminal justice bills sponsored by Senate Democrats that haven't seen the light of day in years. Even Sen. Jeff Clemens, D-Lake Worth, who was among the three lone votes against Negron's water bill, gets a hearing on two of the long-sought proposals. They are:

SB 848 by Sen. Darryl Rouson, D-St. Petersburg, will change the state law that automatically suspends the civil rights of felons to apply only to felons who have committed life of capital felonies.

SB 934 by Sen. Perry Thurston, D-Fort Lauderdale, which will automatically restore of a former felon’s civil rights "other than the right to own, possess, or use firearms, after completion of his or her sentence."

SB 970 and SB 972 by Sen. Randolph Bracy, D-Orlando, creates a new cause of action for victims of human trafficking to file civil lawsuits against a trafficker and creates a victims trust fund for the proceeds.

SB 1662 by Clemens which reduces the penalty for marijuana possession from a criminal to a civil penalty and reduces other sanctions for cannabis use.

For each of these bills, this will be their first hearing.