Replacing Ileana: Who's in and who's out (so far) 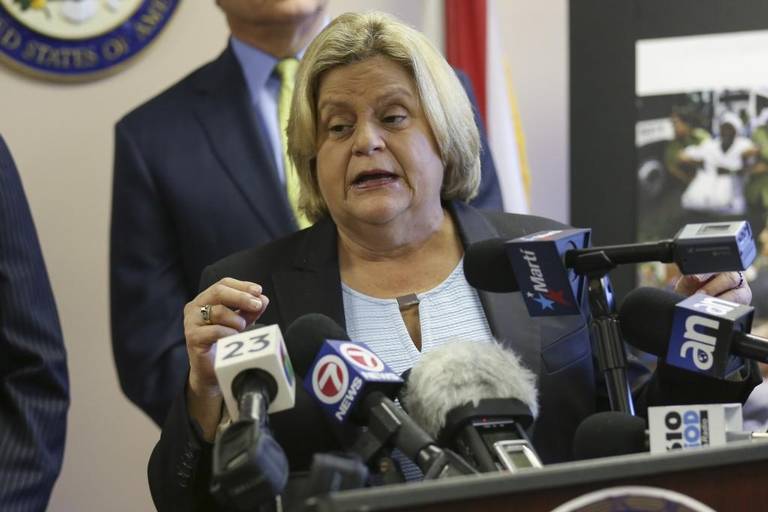 Ileana Ros-Lehtinen’s announcement Sunday that she won't seek another reelection means a congressional seat that has essentially been locked up for three decades for the Republican Party will now be up for grabs in November of 2018.

Several Democrats have already declared their interest by filing to run for the congresswoman's District 27 seat. Rumors abound of likely candidates on both sides of the aisle.

Here's a working list of known and possible candidates that will be updated throughout the day.

Scott Fuhrman, a Democrat who ran against Ros-Lehtinen in November after District 27 was redrawn to lean Democratic and lost 45 - 55. Furhman has said he will run for the seat again in 2018.

Michael A. Hepburn: A senior academic advisor for the School of Business at the University of Miami who lost a primary campaign against Daphne Campbell for the state House in 2014. He is a Democrat, and serves on the Allapattah Neighborhood Association and the Miami Dade Democratic Executive Committee.

Mark Anthony Person, a Democrat, has filed to run with the state Division of Elections.

Bruno Barreiro: A Republican County Commissioner, Barreiro says "I've always eyed this district. I would never have run against Ileana. She's a friend and I support her. We're going to miss a lot her incredible leadership."

Anitere Flores: The term-limited state senator’s name (R-Miami) is out there as someone considering a run. She hasn’t responded to a request for comment.

Jose Felix Diaz: Already in the running to become South Florida's top federal prosecutor and considering a run for Frank Artiles' vacated Senate seat, the Republican State Representative from Miami isn't ruling out a run for Ros-Lehtinen's seat. "There are a lot of options out there right now. I have one week left in session after which I can sit down and see which, if any, of these opportunities would make sense for me and my family. Right now, I think today is about celebrating Congresswoman Ros-Lehtinen and her decades of distinguished service."

Rene Garcia: The term-limited Republican State. Sen from Hialeah (and former Ros-Lehtinen intern) says he's thinking about it. "Is it something I would consider? Absolutely. I'll think about it, but right now my mind is on the budget and trying to deliver for my constituents."

Matt Haggman: A Democrat and former Miami Herald reporter and Miami Program Director for The Knight Foundation, Haggman said Sunday that he's  considering a run for District 27. "It's something I've been actively thinking about for a while now," he said.

Carlos López-Cantera: "Ileana is leaving big shoes to fill," Florida's Republican lieutenant governor told the Miami Herald Sunday. "Her service to South Florida has been exceptional. I'm humbled by the outpouring of support that is already coming in. I'm going to spend the next few days discussing it with my family and go from there."

Jimmy Morales: Miami Beach's Democratic city manager says he's "still processing. I am sure there will be many people on both sides looking at the seat." (No kidding.)

David Richardson: The Democratic State Rep. (D-Miami Beach) says he's definitely thinking about a run. "Over the next few days I'll be talking with constituents, friends and supporters on how I can continue to best serve and represent my community.

José Javier Rodríguez: The junior State Senator from Miami said in a text that he will give a campaign a “hard look” after the legislative session is over.

Ken Russell: The Democratic Miami District 2 Commissioner didn't rule out a run when asked Sunday if he's considering a campaign for Congress. "I have received calls urging me to run for Congress. I can only say that up to now I had not considered it, and that we should use this time to thank Ileana for her many years of service to her constituents."

Marc Sarnoff: A Democrat and former Miami city commissioner, Sarnoff said he’s “looking carefully” at Ros-Lehtinen’s seat and will consult with his family.

Manny Diaz:His name has been floated. Is Miami's former mayor interested in returning to the limelight in D-27? "No."

Miguel Diaz de la Portilla: The Republican former state senator says "I thank Ileana for her many years of service. A run for congress is not in my immediate plans."

Philip Levine: Miami Beach's Democratic Mayor, currently mulling a run for governor, said he's "focused on traveling the state and talking with residents about the future of Florida."

This post will be updated as more information becomes available.