Senate has different ideas for $200M 'schools of hope' funding 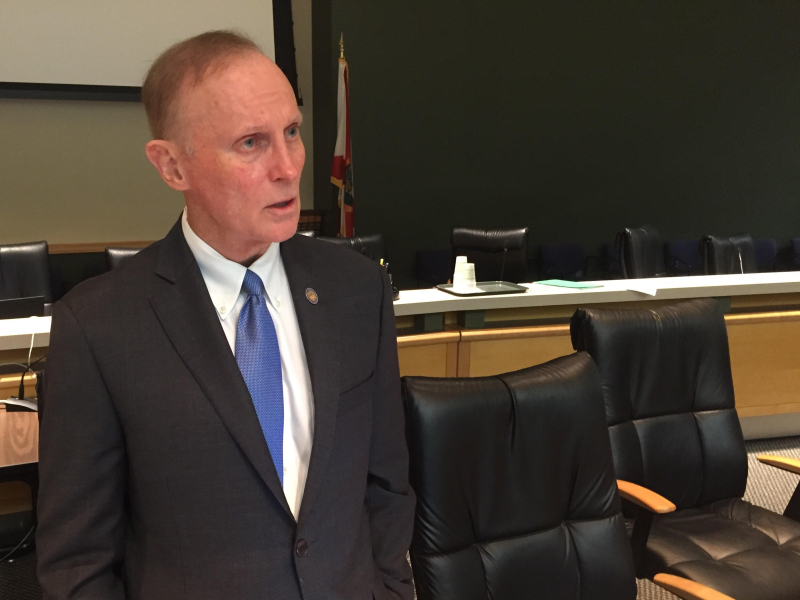 The senator in charge of negotiating education spending for next year's budget said late Wednesday the Senate is willing to consider the House's $200 million plan to help students in perpetually failing public schools -- but not necessarily in the manner the House proposes.

A session priority for House Speaker Richard Corcoran, R-Land O'Lakes, and education policy chairman Rep. Michael Bileca, R-Miami, the House's "schools of hope" plan (HB 5105) was fast-tracked through two committees since it was unveiled late last month, and it's poised to pass the Republican-led House on Thursday afternoon -- likely with unanimous Democratic opposition.

MORE: “Are ‘schools of hope’ the solution to perpetually failing public schools?”

But Sen. David Simmons, R-Altamonte Springs, told the Herald/Times that rather than adopting the explicit plan for what the House calls "schools of hope," he's more interested in focusing on the general premise of helping students in struggling schools break the cycle of generational poverty.

And he said that doesn't necessarily have to come through incentivizing high-performing, specialized charter schools to set up shop in Florida in neighborhoods with failing schools, as HB 5105 calls for.

"They're looking at this from a view of what we call 'wraparound services' or 'communities in schools,' " Simmons said of the House plan. "I know traditional public schools provide a lot of these services, and we're doing that already; we're finding that it works."

"If we can meld the concept of doing 'communities in schools' with charter schools, with traditional public schools with mentoring programs, then we'll not be very far apart at all," said Simmons, the Senate's Pre-K-12 education budget chairman.

He called the $200 million allocation the House wants a "great idea," but he said the funding doesn't have to explicitly go to establishing new "schools of hope" that could supplant traditional neighborhood schools.

He added: "As I understand it, some of the charter schools are saying it's not their wheelhouse, if you want to call it that, to do these kinds of schools."

Several potential "school of hope" operators that House Republicans have cited as examples of the types of high-impact charters that might come to Florida under the bill recently told Politico Florida that they're not interested in coming to the state or have no plans to, even if the bill were enacted.

"That's fine. We know these children are already there, they're in public schools and they need additional assistance," Simmons said. "Why not do the exact same thing [the charters would] with wraparound services that we know work well?"

That proposal is likely to be well-received by House Democrats, at least. In arguing against "schools of hope," they have questioned why the Legislature doesn't just give the failing schools the $200 million instead, while also affording those schools more flexibility to be innovative and offer the non-traditional environments that outside charters could.

When told of Simmons' comments, House Republicans in charge of education policy and funding said they're willing to consider what the Senate might have in mind. (There is no direct companion bill to HB 5105 in the Senate; Simmons said that could surface in one of several ways -- such as an amendment on another bill.]

"I would love to hear their ideas," said House Pre-K-12 education budget chairman Manny Diaz Jr., R-Hialeah. "We're trying to get to the same end; it just depends on what it is, but we're open to listening to ideas."

Bileca said: "We're addressing turnaround in the 'schools of hope' bill. ... [We] have been asking for feedback and input into what we can do in this turnaround process to make it more meaningful, make it more accountable and give them the tools and resources the districts need."

"I think we've looked at everything possible to make this as strong of a policy bill as possible," Bileca said.