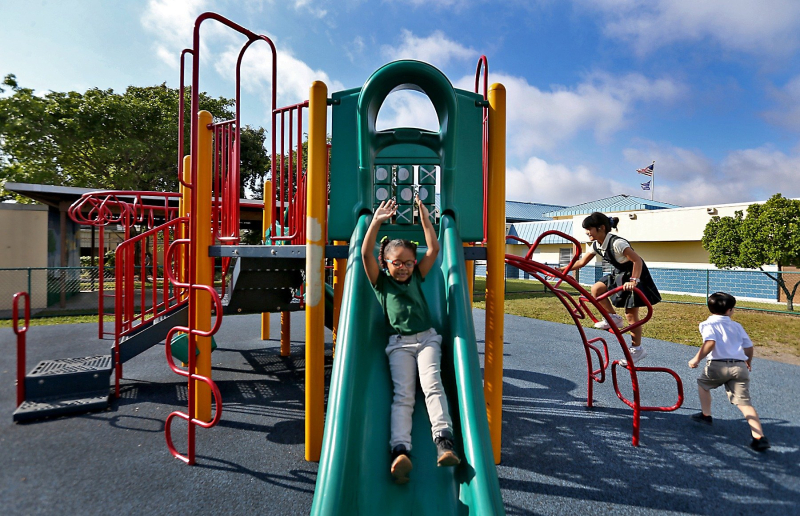 With House Republican leaders holding up a Senate-approved bill to mandate daily recess in public elementary schools, Florida senators will attempt another route to get the proposal enacted this year.

Miami Republican Sen. Anitere Flores, the sponsor of the Senate recess bill (SB 78), filed a sweeping amendment Wednesday morning to her measure aimed at reducing statewide standardized tests, which would drastically broaden the bill to include several other policies — including mandatory daily recess.

The 17-page amendment will be considered this afternoon when the testing bill (SB 926) is up for its final committee hearing in Senate Rules before it would go to the floor.

By attaching the recess policy to the broader bill, it gives the Senate more leverage and could force the House into considering it through negotiations. The House also views testing reforms as a top priority this session.