Tampa Mayor says primary for governor would have been tough 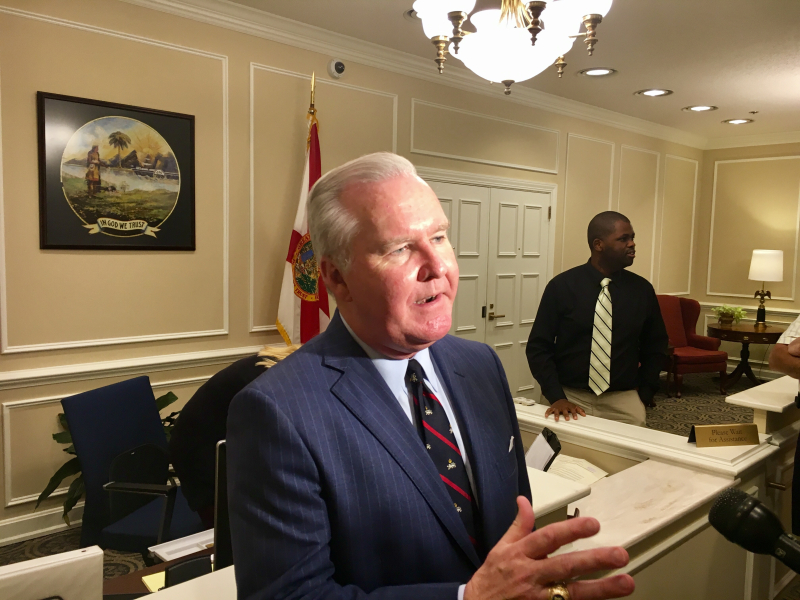 Tampa Mayor Bob Buckhorn has already made clear he is not running for governor.

But on Tuesday during a brief appearance in Tallahassee, he sounded like he is still struggling with having passed up a chance to run.

He made clear there were a lot of good reasons to pass on the race, but he said he thinks he would have been a strong candidate. The trouble he said was always going to be how to manage a primary because of his willingness in the mayor’s office to work with Republicans like Gov. Rick Scott on issues.

“That’s what governing should be,” Buckhorn said, acknowledging in a primary it would have been used against him. “I would have had more trouble with the primary than a general.”

Buckhorn said if he had run, he’s not sure if his best selling point - having run a major Florida city - would have carried the same weight as it once did in Florida politics.

“My whole case would have been, ‘look, I can do this job because of [being mayor],’” Buckhorn said.

All that said, Buckhorn said his real wish is that term limits wouldn’t keep him from running for another term in Tampa.

“If I didn’t have term limits, I wouldn’t go anywhere,” he said.