« Will Democrats hold and block the homestead amendment? Clemens: 'it blows the entire session up' | Main | Jack Latvala: Budget 'driven strictly by the guy that wants transparency' » 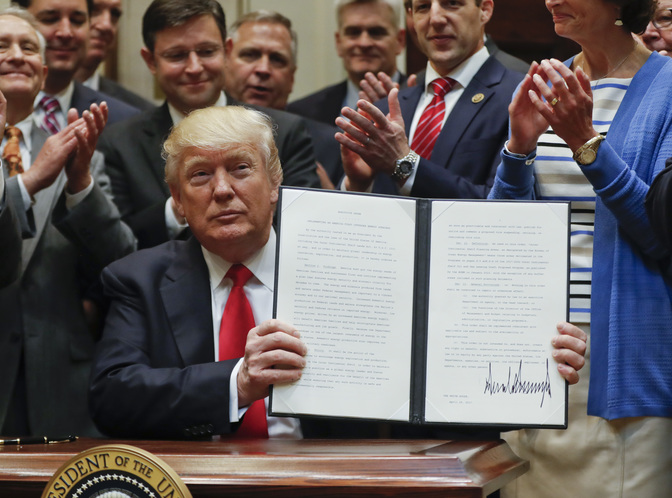 WASHINGTON - President Trump this morning signed an executive order that could open up more oil drilling, setting up a confrontation with Florida politicians.

The “America First Offshore Energy Strategy” calls for a review of drilling in the outer continental shelf. President Obama before leaving office put into place restrictions that closed off areas in the Arctic and Atlantic as well as the Eastern Gulf of Mexico.

Sen. Bill Nelson Thursday filed a bill to block the move but with a Republican majority in both chambers that effort may falter. Still, any changes under Trump could take years to implement.

"Florida's coasts and oceans are home to stunning wildlife, beautiful beaches and support a robust tourism economy, all things that stand to lose from offshore drilling,” said Jennifer Rubiello, state director of Environment Florida. “The President’s action opens the door to expanded drilling into our public waters, including the Eastern Gulf of Mexico – a move that goes against the values a majority of Floridians share: that our oceans and beaches should be preserved, not sold off to the highest bidder.”