What happens next for Frank Artiles? Mea culpa and bills 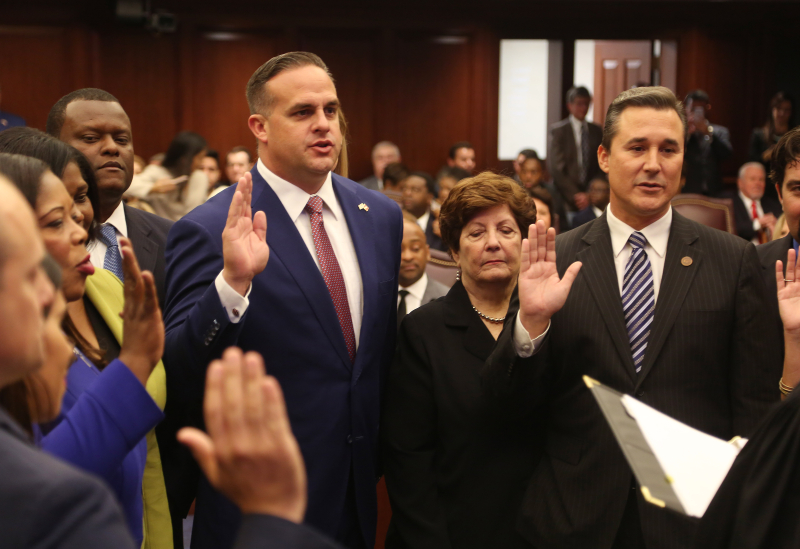 As a freshman senator this year. Frank Artiles has filed more bills than just about anyone except maybe Republican freshman, Sen. Greg Steube; so how will that play out when his bills come up before some of the colleagues he has insulted?

The Senate Judiciary Committee hears two of Artiles' top priority bills Wednesday:  SB 12, a claims bill against the Department of Transportation on behalf of the family of Jacksonville man who was killed when his car skidded out of control because of standing water from a clogged drainage basin. He also seeks approval for a more controversial bill, SJR 134, which is a constitutional amendment to require Miami-Dade, Broward and Volusia counties to elect their sheriffs.

Sitting on Senate Judiciary are both Sen. Audrey Gibson, D-Jacksonville, and Sen. Perry Thurston, D-Fort Lauderdale, each of whom was at the receiving end of one of Artiles' racial slurs at a Tallahassee bar on Monday night. He has since apologized and asked for a moment to address the full Senate on Wednesday morning.

Things could get complicated, however, especially if the Democratic caucus votes to file a formal complaint alleging a violation of the rules and conduct and triggering a full-blown ethics review by the Senate Rules Chair Lizbeth Benacquisto, R-Fort Myers.

Benacquisto quoted Senate President Joe Negron's tweet late Wednesday: "Racial slurs and profane, sexist insults have no place in conversation between Senators and will not be tolerated" and replied: "Intolerance will not be accepted in any form... twitter.com/joenegronfl/st…