Will Democrats hold and block the homestead amendment? Clemens: 'it blows the entire session up' 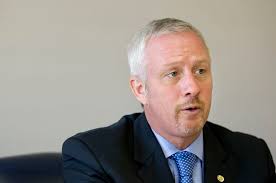 With the absence of Sen. Dorothy Hukill and the resignation of Sen. Frank Artiles, the 15 Democrats in the Florida Senate now have the power to block any vote that requires a three-fifths vote of the 40-member chamber. Enter the debate over putting an expanded homestead exemption on the November 2018 ballot.

Will Democrats hold? "We're evaluating whether or not to do that or not,'' said Sen. Jeff Clemens, D-Lake Worth, the Senate's incoming Democratic leader.

He added: "It blows the entire session up. Because this is a trade with [House Speaker Richard] Corcoran,'' he said. "So if we take that step the budget stops and the session stops so that's what we're evaluating."

As evidence this is a policy trade for the budget resolution, the Florida Senate added the bill to the Senate Rules Committee agenda, amended it and passed it out on Friday.  The full Senate will take it up on Monday.

Sen. Jose Javier Rodriquez, D-Miami, who voted for a version of the homestead amendment in committee, said he expects "if Democrats take a position it holds,'' adding that leadership is deciding whether or not to do it.

He added, however, that the impact is not monolithic because in districts with lower valued homestead property the impact on local revenues is greatest and the number of properties helped the fewest.

"In my district, I have the opposite problem -- a booming real estate market and a lot of families who have been in their homes a long time and a lot of working class, single family areas where the volatility of the real estate market has a big impact,'' Rodriguez said. "In some areas, it is a measure of protection that you would want and in other areas that are already hard hit and are running out of tax base, it is a tax shift.

"This amendment is designed for a district like mine but to apply it across the whole state maybe doesn't make sense,'' he said. "It's a tax shift in my district but it's hard not to sympathize with homeowners where the real estate is booming and they are stuck."