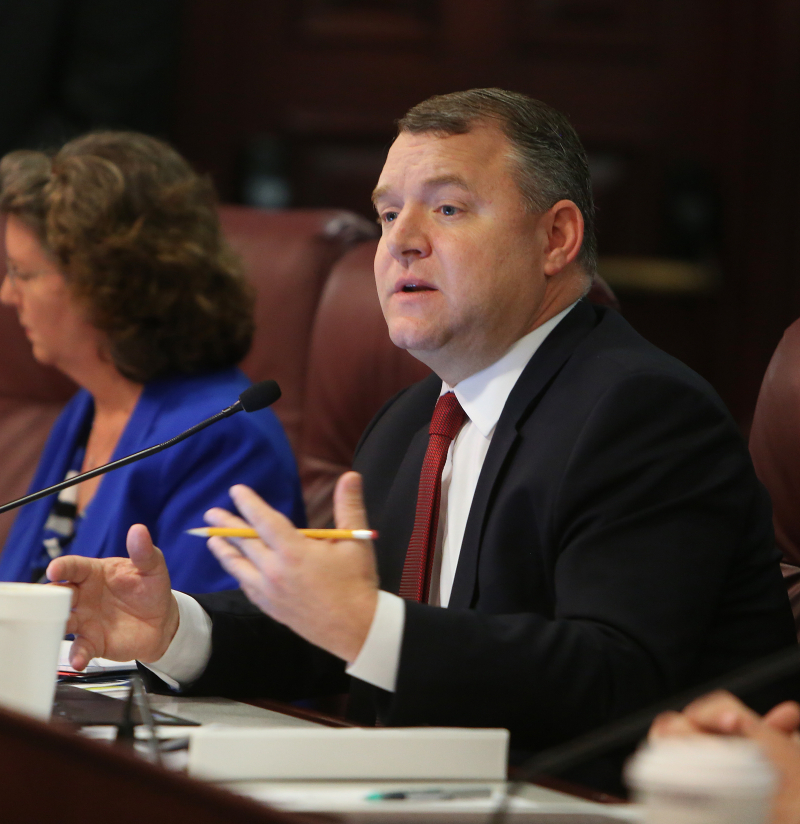 Lawmakers say they're getting close to agreement on sweeping legislation on how to put voter-mandated medical marijuana into effect. But the details of a deal -- and how it might impact patient access -- are still unclear.

Instead of unveiling the deal to be vetted by House and Senate committees this week, legislators plan to put it forward for full vote by the two chambers, likely next week.

That would likely come in the form of a complete rewrite of the legislation subject to an up-or-down vote on the floor of the House and Senate.

What it means for advocates and activists is this: There won't be an opportunity for public comment on the details of the final plan, which is being arranged by bill sponsors behind closed doors.

Sen. Rob Bradley, R-Fleming Island, who sponsored the Senate's medical marijuana bill (SB 406), said he's "comfortable" with the amount of public input there has been.

"I don't think that there's anything left to be said that hasn't been said already," Bradley said. "We've heard loud and clear people's concerns about access and about making sure that the product is safe and that there are options to recievie medical marijuana, and we're responding to those concerns."

In the House and Senate, lawmakers gave medical marijuana legislation three public hearings, where comment was often limited to ensure packed committee agendas could be finished.

By the end of those meetings, the competing bills had in many ways become less similar.

House Majority Leader Ray Rodrigues, R-Estero, who sponsored the House bill (HB 1397) said Monday that he is confident some sort of deal will be reached.

"I think our negotiations are going very well," he said, but he noted that "everything is on the table with our bills."