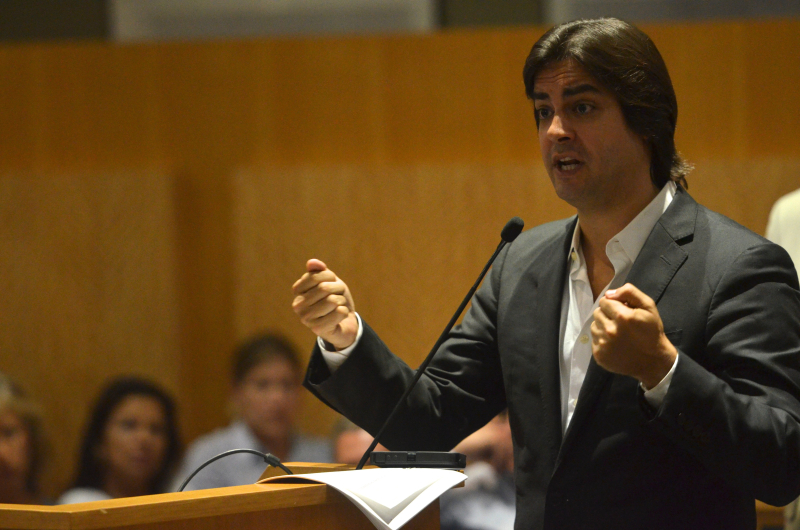 In a statement posted to Twitter, Amandi thanked his editorial team -- and the listeners and callers who had tuned in to "Amandi On Air," the daily weekday show he began guest-hosting in late 2014. His last show was Friday.

"With your support, we succeeded in hosting one of the last forums of its kind on South Florida talk radio, spotlighting important local and national issues with a stellar line up of artists, authors, experts, journalists and newsmakers while steadfastly welcoming all callers and all perspectives against the backdrop of the most engaging and tumultuous political era in recent memory," Amandi said.

My statement below on the conclusion of our weekday NewsRadio 610 WIOD call-in program, "The Fernand Amandi Show" #ThankYouForListening👇🏼 pic.twitter.com/aQC5xXL4JL

He declined to comment beyond the statement. WIOD management could not be immediately reached late Tuesday.

Amandi, a Democratic pollster with the firm Bendixen & Amandi, was the most liberal host on WIOD's lineup, which includes nationally syndicated shows by conservatives such as Rush Limbaugh and Sean Hannity. Amandi, who hosted weekly roundtables with local reporters, including from the Miami Herald, opened his phone lines to callers to discuss national, state and local politics, a rarity in English-language radio. In contrast, the call-in format dominates local talk radio in Spanish.

The last "Amandi On Air" show was Friday. It featured Herald opinion columnist Leonard Pitts Jr. and Republican political strategist Rick Wilson of Tallahassee, among other guests. After the show concluded, according to Amandi, he was informed by iHeart Media, WIOD's owner, of his dismissal.