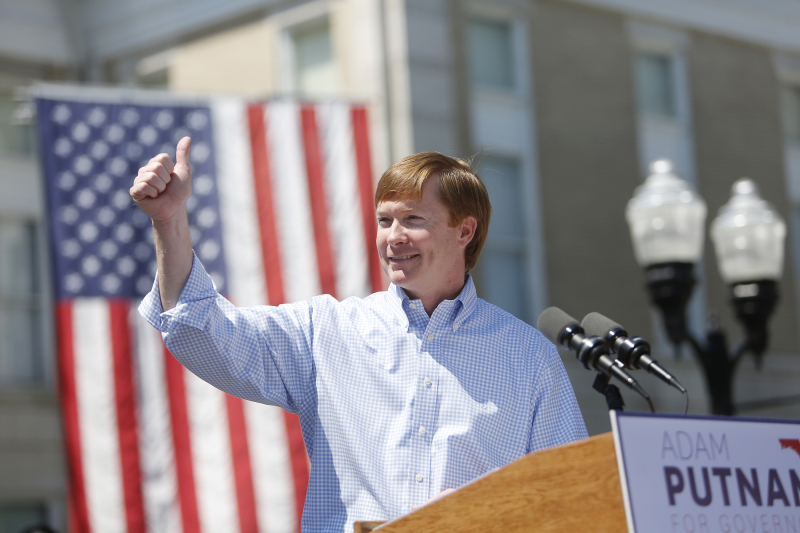 Florida Commissioner of Agriculture and Republican candidate for governor Adam Putnam wants state lawmakers to come back to Tallahassee in a special session to finish the work on medical marijuana that they started but didn't finish earlier this month.

"I think that it's important for the elected officials to have done their job during the regular session," he said Tuesday. "Since they didn't, I think a special session is in order."

Lawmakers failed to reach agreement on sweeping legislation that would have put into state law the will of 71 percent of voters who supported medical pot. A breakdown in backroom negotiations among top members of the Legislature meant they left their regular session this year without putting a system into place, kicking the issue to the Department of Health, which Putnam and others have been critical of.

"I think for a constitutional amendment's implementation, it's important for the elected officials to do it, not the bureaucrats at the Department of Health," Putnam said.

He joins more than two dozen other Florida politicians who have called for a special session, including Democratic gubernatorial candidate Gwen Graham and possible candidate John Morgan, who were both among the first to demand a special session. House Speaker Richard Corcoran, also rumored to be considering a run for governor, said two weeks ago that he supports bringing the Legislature back.

"I watched my husband battle cancer & the effects of chemo. Patients could use medical marijuana to treat their pain," Graham tweeted early this month.

If 32 members of the Legislature, Detzner's office would have to poll the House and Senate. A three-fifths majority of each chamber is required to call a special session. In addition to the 13 listed above, at least 14 other lawmakers have said on social media or in interviews with the Times/Herald that they support a special session.

The other two options, which are far more common: Gov. Rick Scott could call a special session (he has routinely said he will "consider his options"), or Corcoran and Senate President Joe Negron could jointly do so.