« On Comey firing, Rubio says only that he was 'surprised' | Main | Richard Corcoran calls for special session on medical marijuana » 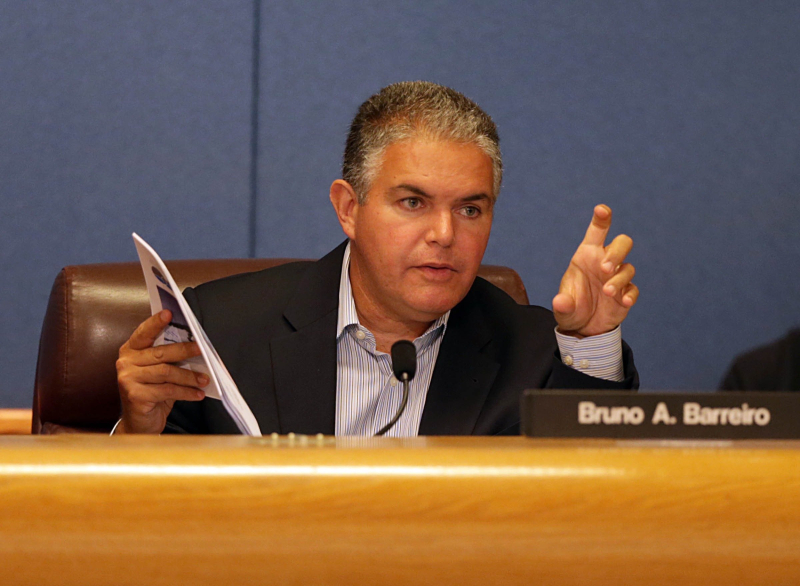 "Throughout my years as a public servant, I have witnessed first-hand how my efforts can positively contribute to the growth and well-being of our residents in South Florida," he said in a statement. "I have a pulse for the needs of our community, and understand the importance of having a strong advocate for South Floridians in Washington D.C."

Barreiro is the first well-known Republican to enter the race for the Democratic-leaning 27th district, though former Miami-Dade School Board member Raquel Regalado is interested, and national Republicans have reached out to Lt. Gov. Carlos Lopez-Cantera and Jeb Bush Jr. Maria Peiro has also filed to run. Several Democrats are already in the contest.

Barreiro has represented much of Ros-Lehtinen's district on the commission and previously in the Florida Legislature, where he was a state representative from 1992-98. A Cuban-American, he was born in Clearwater but raised in Miami. He's the elected state committeeman for the Miami-Dade Republican Executive Committee. His wife, Zoraida, is running for Miami City Commission.

"As Congressman, I will work in a bipartisan manner to bring to the table important issues for our residents, such as economic prosperity, improved infrastructure, modernized and efficient transportation alternatives, affordable housing, viable healthcare options, and so much more," Barreiro said.