« Gov. Rick Scott tours state to rally support for endangered budget priorities | Main | Ros-Lehtinen is the longest-serving woman in Congress from the South (and other fun facts) » 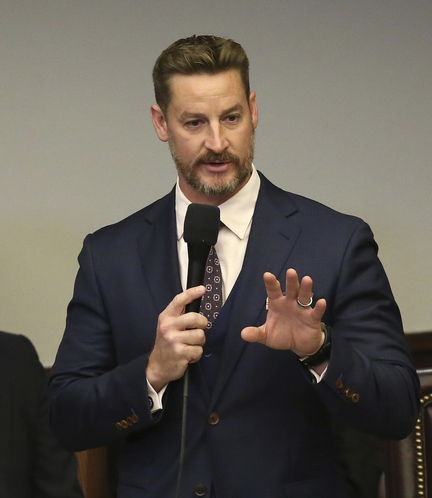 The Florida Senate unanimously passed a bill Wednesday aimed at clamping down on fentanyl abuse.

But while the House has passed a similar bill unanimously, there is a big enough difference between the two proposals that makes it unclear if it will all get resolved by Friday, the deadline for all bills (except the state budget) to pass the Legislature.

“I certainly want to pass a bill this year,” State Sen. Greg Steube, R-Sarasota, said. “Something needs to pass as it relates to fentanyl and carfentanil because it’s such a huge epidemic.”

Currently there is no criminal penalty for having fentanyl or carfentanil. Steube wants to make it a crime. Fentanyl and carfentanil are both many times more potent than drugs like morphine and are being added to other illegal drugs like heroin. The results have been deadly leading to a dramatic rise in deaths over the last few years.

That provision remains in the House bill and has created a big divide with House leaders. State Rep. Jim Boyd, R-Bradenton, said he’s determined to keep that language in because the “dealers preying on addicts should be behind bars for a long time.”

But members of the Senate said mandatory minimum sentences take away key discretion from judges. State Sen. Jeff Brandes, R-St. Petersburg, said a lot of people who are buying fentanyl don’t even know that is what they are buying. If they get caught with one gram too much, they would face a rigid sentencing system that might not be fair.

State Sen. Rene Garcia, R-Miami, said he too worried that drug addicts caught with too much of the drug could face hard prison time, rather than get the treatment they really need.

“Drug addiction shouldn’t be a crime, it’s an illness,” he said.

Steube unsuccessfully fought the attempt to amend his bill. He said he doesn’t necessarily disagree with addressing mandatory minimum sentencing issues in the future, but said he didn’t think his bill was the appropriate vehicle to do it.

It leaves the House - which doesn’t meet again until after 1 p.m. on Thursday - with options: pass Steube’s version without mandatory minimums and send it to the governor or re-add the mandatory minimum language and send it back to the Senate and force them to have to accept it.

Steube said even if the mandatory minimums are taken out of his bill, the legislation would still accomplish the primary goal of criminalizing fentanyl.