Bill to clamp down on fentanyl abuse still in legislative limbo 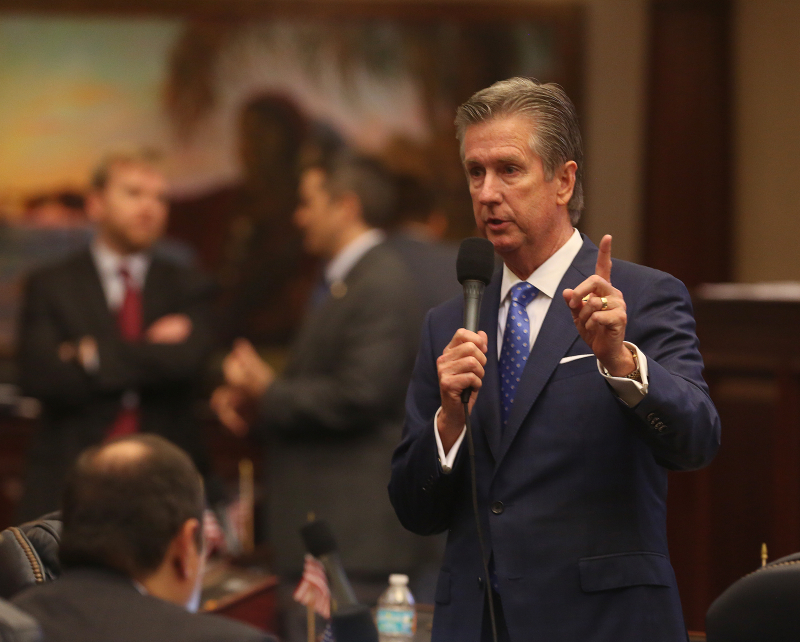 A bill to clamp down on fentanyl abuse is suddenly in jeopardy in the final days of the Legislative session, even though lawmakers all agree they need to do something.

The Florida House on Thursday refused to accept a Senate version of the bill and send it on to the governor for his signature. Instead, House members rejected the Senate’s proposal and sent their own version back to the Senate for another vote, even though the session only has one full day left.

“There is a risk there,” State Rep. Jim Boyd, R-Bradenton, said about the dwindling time left to get the bill passed.

If the Senate doesn’t get the bill voted on by the end of Friday, it dies.

While both the House and the Senate have passed bills criminalizing people possessing more than 4 grams of the deadly drug, they have a deep philosophical divide over whether those caught with that much of the drug should face mandatory minimum sentences or not.

The House passed their bill last month calling for those with at least 4 gram of fentanyl or carfentanil to go to prison for 3 years. Those with 14 grams would face 15 years. And those with 28 grams would get 25 years.

But when the Senate pulled the bill up on Wednesday, they agreed to have those same sentences, but added an amendment that gives judges the discretion to give less time if circumstances allowed it. Both Democrats and Republicans in the Senate said mandatory minimums are too harsh and undermine judges who should be allowed to act on what they think is appropriate.

When that bill was sent back to the House on Thursday, Boyd left no doubt that he is unwilling to give into the Senate’s position.

“This is a bad amendment that we shouldn’t take,” Boyd said in a floor speech Thursday.

Boyd said opponents just don’t realize that people with 4 grams of this type of drug are not just typical users. That much of the drug is considered substantial and they are probably drug dealers.

Currently there is no criminal penalty for trafficking fentanyl or carfentanil. Fentanyl and carfentanil are both many times more potent than drugs like morphine and are being added to other illegal drugs like heroin. The results have been deadly leading to a dramatic rise in deaths over the last few years.