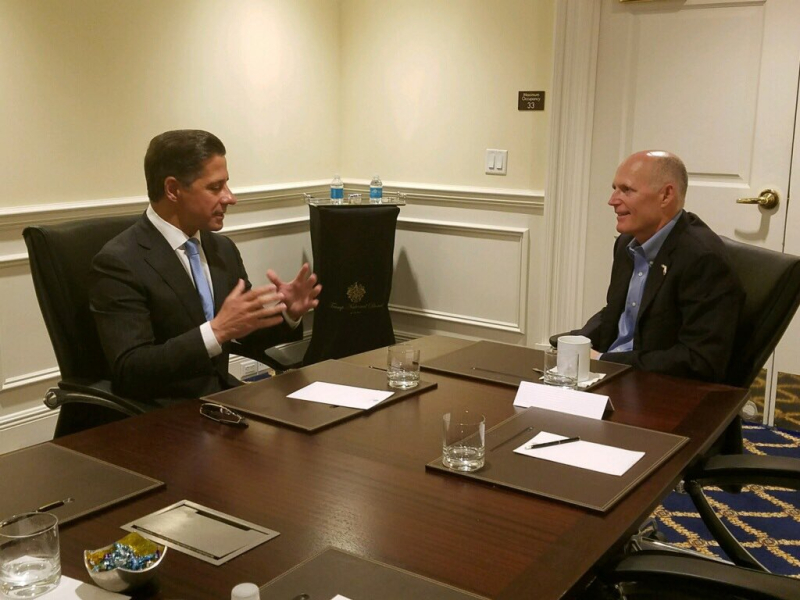 Gov. Rick Scott faces mounting pressure from school superintendents, teachers unions and parent groups to veto $23.7 billion in base funding to K-12 public schools next year — as well as a controversial $419 million education policy bill, which lawmakers unveiled and passed in the span of just three days at the end of their annual session.

A rejection of the main education funding alone would force lawmakers back to Tallahassee for a special session to redo that part of the budget, which is almost a third of the $82.4 billion in overall state spending approved for 2017-18.

Scott hasn’t yet said how he might act on either the budget itself or HB 7069, the 278-page bill of sweeping K-12 reforms that was negotiated in secret in the session’s final days. It includes controversial incentives for charter schools, $234 million in bonuses for top teachers and principals, and an amalgamation of other policy changes — such as forcing districts to share with privately managed charter schools millions of dollars in local tax revenue earmarked for capital projects.

“The governor and I agree on one thing: There is a man-made crisis at play here that challenges the values of the state of Florida,” Carvalho said. “With $3 billion of surplus revenue at the beginning of session, to end up with a historically low increase in overall [K-12 education] funding... that may very well define the state — what we stand for and what we value.”