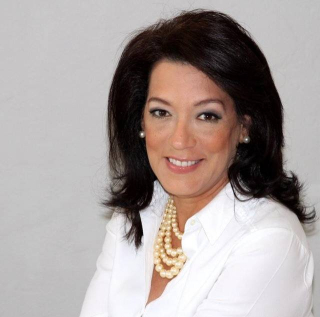 Baez announced her candidacy in a statement Monday, saying the state Senate "is where I believe the most good can be accomplished on behalf of Floridians."

"The people of Miami-Dade deserve to have high quality public schools for their children, good-paying jobs that provide economic security for working families, and access to quality, affordable healthcare," she said. "I look forward to continuing my steadfast advocacy on behalf of Florida families in the State Senate."

Baez is the first to formally launch a campaign for the special election that will determine Artiles' replacement. Due to House rules prohibiting fundraising during the legislative session, Baez cannot begin raising money for what's expected to be a hotly contested race until after session ends Friday.

Republican Gov. Rick Scott has not yet scheduled that election. He said Monday he's "reviewing it."

Baez was elected to the state House barely six months ago. She won with 51 percent of the vote over Republican John Couriel. She represents District 114 in southeastern Miami, the former seat of Republican Erik Fresen who left office in 2016 due to term limits.

Baez was born in the Dominican Repubican and emigrated to the U.S. at age 17. She served in the U.S. Army, where she received numerous medals of achievement, and she now works as the director of the Dominican Health Care Association of Florida.

Last fall, she campaign on a platform of supporting a living wage, equal pay and more money for public education, and of opposing steering taxpayer money to private, for-profit institutes and wants to restore cuts to Bright Futures scholarships.

"As a veteran and an immigrant, I have spent my adult life working hard to repay this country for the incredible opportunities provided to my family and I so we could achieve the American Dream," Baez said Monday. "Serving in the Florida House has been an incredibly rewarding experience, and serving in the Florida Senate will allow me to continue to work on behalf of our community in a much greater capacity."