« As budget issues 'bump' to two leaders, 'It's volatile,' Corcoran says | Main | After resignation, most of Frank Artiles' pending bills were withdrawn » 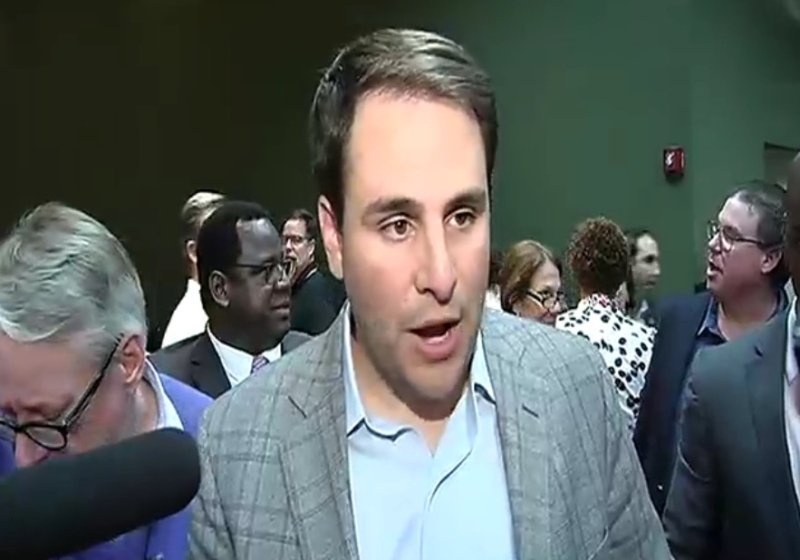 Heading into the final week of session, House and Senate leaders by Monday morning were still negotiating in secret several pieces of substantial education policy that are tied to the budget -- such as a $200 million idea to create "schools of hope" that would help students in failing schools and a $214 million expansion to teacher bonuses.

Lawmakers had vowed repeatedly, especially in the past several days, that the compromise proposals would be released in time for Floridians to provide meaningful comment before a vote on the annual budget, but no language has been released yet -- although House and Senate leaders had said it would come over the weekend.

Just Saturday, Senate Appropriations chairman Jack Latvala, R-Clearwater, promised public meetings to consider the policy bills "one by one," and House pre-K-12 budget chairman Manny Diaz Jr., R-Hialeah, said, "I do believe you will see that go on in public," in reference to open, public debate among lawmakers prior to any vote or final compromise on language.

But on Sunday night, House Appropriations chairman Carlos Trujillo, R-Miami, deflected from the two chambers' previous promises of transparency, telling reporters that he personally never guaranteed public hearings on any policy bills linked to the 2017-18 budget.

"I’m not sure if we’ll have an opportunity for public comment, because we're still working on the bills," Trujillo initially told reporters, noting there was really only about 48 hours or so to shore them up.

After House budget director JoAnne Leznoff interjected and he conferred with her, Trujillo then said at least one more public hearing would be held to address only the budget-related legislation, which also includes environmental policy and other topics. (An email a short while later from Senate spokeswoman Katie Betta said there would be an additional meeting on remaining budget items, too.)

House Speaker Richard Corcoran, R-Land O'Lakes, set the tone and expectation of transparency for this session by promising "unprecedent openness" and a genuine change from how legislative business had been done in previous years. That hasn't turned out to be the case.

Diaz and Senate pre-K-12 budget chairman David Simmons, R-Altamonte Springs, each told the Herald/Times on Sunday there were still disagreements on language that legislative staff was working out. Simmons added that the Senate was waiting on a House offer, but he remained optimistic that the chambers would reach middle ground on a final product that would have broad support.

Trujillo could not say when the policy bills would be released or how much time Floridians would have to analyze them before they're finalized. Unlike the budget -- which requires a 72-hour cooling-off period -- conforming bills need to be done only 24 hours before lawmakers vote on the budget, he said. Session is scheduled to end Friday.

Fort Lauderdale Democratic Sen. Perry Thurston, who sits on the Pre-K-12 Education Appropriations Subcommittee, said he was eager to know what the final language for the education bills, in particular, looks like. "I think it's important that we, as a body as well as a community, know exactly where we're going with them," Thurston said.

"I'm not for the 'schools of hope.' I would like to see the final formation and what are we going to do and what's going to be included in it," he added. "I think the process of kicking everything up (to Corcoran and Senate President Joe Negron) is not transparent at all."