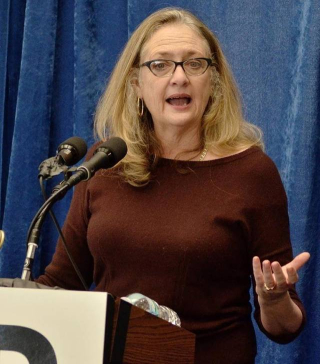 Not only is the First Amendment Foundation asking Gov. Rick Scott to veto next year's $82.4 billion budget -- the group is also now requesting a veto specifically for House Bill 7069, the controversial $419 million education bill that's tied to overall spending approved for 2017-18.

As with the main budget act, the foundation says its concern with HB 7069 lies with how the legislation was crafted, not with the policies or appropriations within it.

"According to all reports, major education policy decisions included in HB 7069 were largely decided in secret by a small number of legislators," wrote Barbara Petersen, president of the foundation -- which counts the Miami Herald and Tampa Bay Times among its members.

"The secretive process precluded any opportunity for public oversight or input on major changes to Florida’s education policy," Petersen wrote. "Alarmingly, local school officials were also shut out of the process, as were many legislators who were ultimately asked to approve this voluminous and complicated legislation decided in a manner closed even to them."

Numerous advocates of traditional public education are calling for Scott to veto HB 7069, both because of its contents and because of lawmakers' secrecy in crafting it during the final days of session. Those critics include school superintendents statewide, almost all elected school boards, and parent groups and teachers unions.

Those supporting the bill are predominantly interest groups that would stand to personally benefit from it becoming law, such as charter school operators and school choice organizations.

Both sides are inundating Scott's office with feedback on whether he should sign HB 7069 into law.