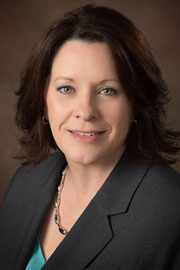 Add the Florida School Boards Association to the growing list of groups calling for a veto of HB 7069, the mammoth $419 million K-12 public schools bill Republican lawmakers unveiled and passed in the final days of their annual session.

In a letter to Gov. Rick Scott on Tuesday, the FSBA -- which represents 64 of the state's 67 elected county school boards -- calls the bill "substantially flawed and unworthy of your approval to be enacted into law."

"One of our many objections to the bill is that, during a legislative session when leaders proclaimed to be the epitome of transparency in the legislative process, this massive bill was cobbled together behind closed doors," wrote FSBA executive director Andrea Messina and FSBA president Tim Harris, a Polk County School Board member.

"Because the bill was unveiled so late in the process, there was no realistic opportunity for members of the public and, by their own admission, some members of the legislature to even read the bill in full, let alone carefully evaluate its contents and repercussions," they said.

Among the contents of the bill itself, the FSBA raised concerns about provisions they see as "confiscating the constitutional authority of the locally elected school board," such as new regulations on how Title I dollars can be spent.

"We welcome all suggestions of strategies to improve the delivery of these services and acknowledge that room for improvement exists. However, we cannot condone proposals that fail to recognize local conditions and priorities and that would gut successful district programs and deprive eligible and highly vulnerable students from receiving services," Messina and Harris said in their letter.

They said the FSBA also found the "Schools of Hope" plan and the "Best & Brightest" reforms "deeply troubling," while "our most significant concern" surrounds a formula change requiring districts to share with privately managed charter schools local tax revenue earmarked for capital projects.

The FSBA represents every elected school board in the state except for three: those in Nassau, Indian River and Seminole counties.

It's not to be confused with the conservative Florida Coalition of School Board members -- which speaks for just 50 of the 356 individual school board members statewide. The coalition is among the staunch supporters of HB 7069, heralding its passage as "Christmas for ed reformers in Florida" and as checking off "nearly everything on our list" of session priorities.