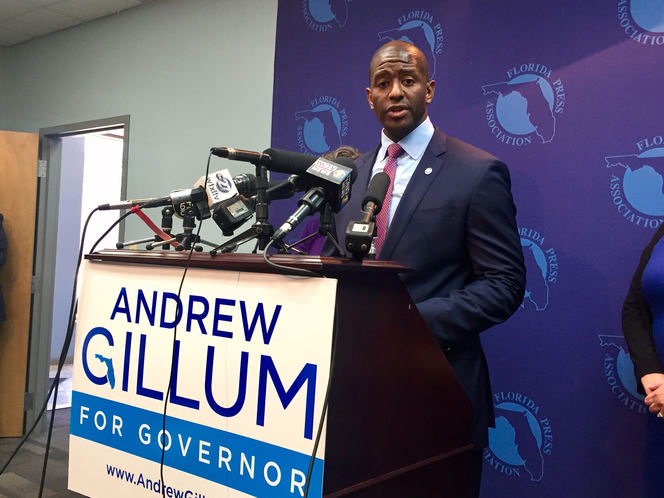 Democratic candidate for governor Andrew Gillum took to social media on Tuesday to announce that he has become a father again.

On Twitter, Gillum, 37, posted a photo with Davis Allen Gillum, born on Monday. He and his wife R. Jai Gillum now have three children.

On the Republican side, state agriculture commissioner Adam Putnam is already in the race, while House Speaker Richard Corcoran, R-Land O'Lakes, and State Sen. Jack Latvala, R-Clearwater, have said they are considering running as well. U.S. Rep. Ron DeSantis, R-Ponte Vedre Beach, is also being urged to get into the race.