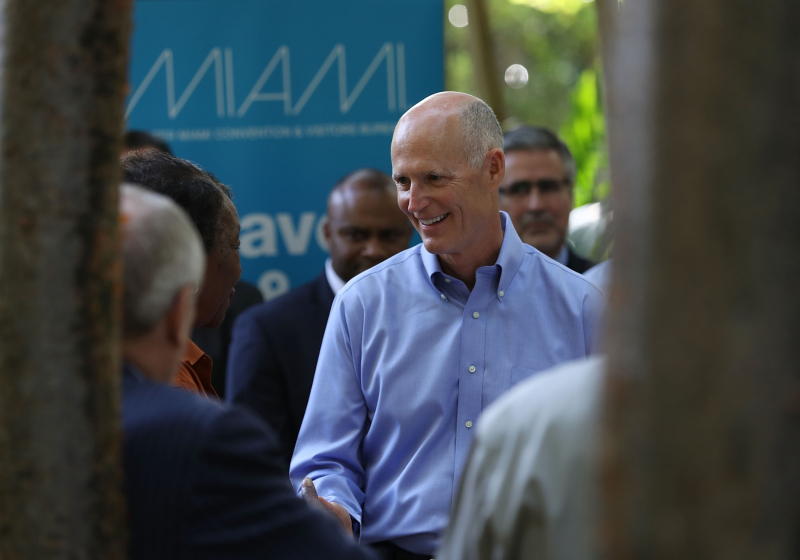 At a press conference Friday on statewide job numbers at the offices of LATAM Airlines in Miami, Florida Gov. Rick Scott said he had no yet heard that two charter schools in Hialeah were offering parents an incentive in exchange for letters supporting a massive K-12 public schools bill.

“I was not informed somebody was doing it that way, but if people want to get involved, get involved,” said Scott, who added that he encourages constituents to engage with elected officials.

Asked more broadly for his take on HB 7069, Scott said he wants "to make sure every child has the opportunity to get the education they deserve, whether you go to a traditional public school or a charter school."

Scott has not yet given any inkling as to his plans for vetoing parts or all of the budget.

"The budget got to me just at the last minute; it was basically done in secret. So I'm reviewing just like everyone else is," Scott said. "From my standpoint, I'm going line by line through the budget."

Neither HB 7069 nor the main budget act have yet reached Scott's desk. Once they do, he'll have 15 days to either sign them, veto them or let them become law without his signature.